BLANCHE d’ALPUGET’s first novel in twenty years will be published in September 2013. 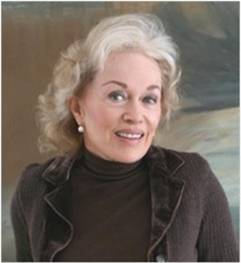 The Young Lion is the gripping first installment in a trilogy set in the Middle Ages, and marks the return to the world of fiction of one of Australia’s finest writers.

Blanche’s earlier novels were all bestsellers. They include Turtle Beach, which won the Age Book of the Year and was made into a feature film starring Greta Scacchi and Jack Thompson; Monkeys in the Dark; Winter in Jerusalem and White Eye. Her non-fiction includes Mediator: A Biography of Sir Richard Kirby;Robert J. Hawke: A Biography; On Longing and Hawke: The Prime Minister. These works won a number of literary prizes, including the PEN Golden Jubilee Award and the Australasian Prize for Commonwealth Literature.

‘In my twenties I became fascinated with the 12th century when I began to realise it was the era that established much of what we celebrate and revile today: romantic love; war between Christianity and Islam; celibacy in the Church; the rule of law; oppression of women and their fight against it; trial by jury; academies in Oxford and Paris that grew into the West’s first universities. It was a time of upheaval. Personalities with great virtues and great flaws led it, among them the warrior, Henry, founder of England’s longest lasting dynasty, the Plantagenets; I’ve chosen to call him “The Young Lion”.’

‘It’s a real honour to publish and work with Blanche. She is a brilliant novelist who writes with verve and energy. She tells the story of “The Young Lion” with wit and razor-sharp intelligence, as well as demonstrating a firm grasp of the geopolitics of Medieval Europe and a keen insight into the workings of the human heart.’

About The Young Lion

Geoffrey the Handsome is the virile and charming Duke of Normandy, who seduces Queen Eleanor of France to spy for him. Said to be the most beautiful woman in Europe, and very rich, Eleanor has not been able to give birth to an heir for France. Her liaison with Geoffrey could remedy that – or lead to her downfall and Geoffrey’s death. But what begins with cool calculation becomes a passionate affair. Despite his love for Eleanor, Geoffrey has larger plans: to help his warrior son, Henry, seize the English throne from the uncle who usurped it from its rightful heir, Henry’s mother. When Henry is forced to intervene to save the lives of his father and Eleanor, he falls foul of the French queen – and madly in love with her Byzantine maid. Should he become King of England, however, this dazzling foreign girl will never be acceptable as his queen.

These two relationships – both forbidden, both perilous – are at the centre of a tale of consuming ambition, family vengeance and political intrigue set in the glorious flowering of troubadour culture, mysticism and learning that is 12th-century France.

Blanche d’Alpuget is an acclaimed novelist, biographer and essayist. She has won numerous literary awards, among them the inaugural Australasian Prize for Commonwealth Literature in 1987. Her books include Mediator: A Biography of Sir Richard Kirby (1977); Monkeys in the Dark (1980); Turtle Beach (1981), which won the Age Book of the Year award in 1981; Robert J Hawke: A Biography (1982); Winter in Jerusalem (1986) and White Eye (1993). Turtle Beach became a feature film in 1992 starring Greta Scacchi and Jack Thompson, and all Blanche’s novels have been translated into other languages. Blanche lives in Sydney.