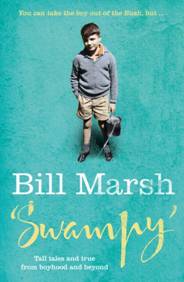 ‘Coming from a small place like Beckom, I’d never been in a library before. We only had three books at home so I was under the impression that there were only three authors in the world … So when I walked into the library I just couldn’t believe my eyes. Every wall, every shelf, every nook and cranny was stacked with books. I just stood there, glued in absolute amazement at just how many books Banjo Paterson, Henry Lawson and God could’ve written.’ – Page 69

In this collection of stories, Bill takes us from his childhood in a small outback town in the 1950s  and coming of age at an all-boys bush boarding school, to his journey as an adult when, after suffering a heart attack, he revisits and reflects on youth by travelling in his father’s footsteps through  rural Australia.

Loveable and eccentric characters are brought to life with humour and affection as Bill ponders mateship and manhood, cricket and footy, young love and heartbreak, battlers and larrikins, courage and loyalty.

These are tales of everyday life in rural Australia but with universal appeal and generous helpings of laughter and tears. 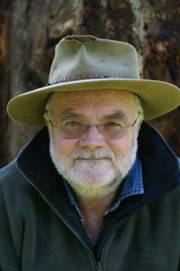 Bill ‘Swampy’ Marsh is an award-winning writer/performer of stories, songs and plays. He spent most of his youth in rural south-western New South Wales. Bill was forced to give up any idea he had of a ‘career’ as a cricketer when a stint at agricultural college was curtailed because of illness, and so began his hobby of writing.

After backpacking through three continents and working in the wine industry, his writing hobby blossomed into a career.

Beckom Pop. 64, his first collection of short stories, was published in 1988; his second,Old Yanconian Daze, in 1995; and his third,Looking for Dad, in 1998. During 1999, Bill released Australia, a CD of his songs and stories. That was followed in 2002 by A Drover’s Wife and Glory, Glory: A Tribute to the Royal Flying Doctor Service in 2008. He has written soundtrack songs and music for the television documentaries The Last Mail from Birdsville: The Story of  Tom Kruse, Source to Sea: The Story of the Murray Riverboats and the German travel documentaries Traumzeit auf dem Stuart Highway and Clinic Flights (Tilpa & Marble Bar).

Bill runs writing workshops in schools and communities and is a teacher of short-story writing within the Adelaide Institute of TAFE’s Professional Writing Unit. He has won and judged many nationwide short-story writing and song writing competitions and short film awards.