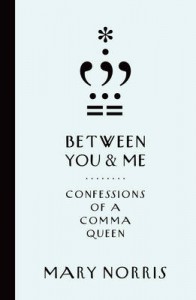 As much-loved Australian novelist Toni Jordan sees it, some writers have ideas banked up like circling planes waiting for their turn to land, but her creative mind is more like a desert, occasionally crossed by tumbleweed.

Well, that’s some impressive tumbleweed that’s rolling along on the breeze! In her debut novel, Addition, Toni Jordan introduces us to Grace, a woman who counts everything to hold her world together. Jordan provides a fresh take on the romantic comedy and a unique perspective on living with Obsessive Compulsive Disorder in a novel that is charming and enlightening.

Another quirky young woman takes centre stage in Fall Girl, about a professional con artist who falls for her mark. The novel is woven with humour and intrigue, making it a lively and compelling story.

Jordan departs from the chick-lit genre in her most recent novel, Nine Days, delivering touching snapshots of Australian family life. It begins in a working- class suburb of Melbourne on the eve of World War 2 and bounces between decades, telling the story of the Westaway family. Each chapter is dedicated to a crucial day in the life of a different member of the family. Jordan manages to give each character a fresh and authentic voice that makes this story a beautiful and memorable read.

So, what’s next? Toni Jordan visits Boomerang Books to tell all.

JF: Welcome, Toni Jordan! You’ve written best-selling romantic comedies – Addition and Fall Girl and a touching historical family drama in Nine Days. What can we expect from your next novel?

TJ: I’ve been trying for about two years to write something a bit more serious, along the ‘touching’ vein. But it’s not happening (or at least, not very well). So it’s another romantic comedy—a kind of sexy romp/satire thingee. I’m amusing myself, at any rate.

JF: You’ve likened your creative brain to a desert, occasionally crossed by tumbleweed. Can you expand on this and explain a little more about the inspiration for your work.

TJ: Yes, this is exactly right! I had these grand ideas for my next novel but on the page it was this lumpen, doughy thing. I’d decided to abandon it and then, while I was on holidays over Christmas, I re-read Anna Karenina. The beginning is amazing: Stiva wakes up on the sofa in his study and wonders why he’s sleeping there instead of in his wife’s bed. Then he remembers that yesterday, she found out he was having an affair with their children’s governess. Awesome. So an idea sprang into my head about this complicated group of couples, all falling in and out of love with each other over the course of a weekend, beginning at the same point.

Nine Days began with the photo on the jacket, of a woman reaching up to kiss a departing soldier through the window of a train. I never thought I’d be one of those people who could write from a photo, and it took a long time but eventually it all came. JF: I was intrigued by the structure of Nine Days. It is written in first person from the point of view of nine different characters. How did this test you as a writer?

TJ: I was really worried if I could pull this off. The worst thing would be to stuff this up, I think, and have them all sounding the same. The nine of them were very clear in my own head—I knew each of them very well—so I set myself a kind of challenge. My aim was that, if a reader looked at any three sentences that were together in a chapter, they should be able to tell which character it was. I’m still really happy about the way it turned out.

JF: Nine Days jumps back and forth between the decades. Did you write the chapters in the same order that they are presented in the book?

TJ: This is funny—I also teaching creative writing and over the years, a number of students have asked my advice about writing non-chronological narratives. I always told them the same thing: that they should write the story chronologically, then move things around to sit in the order they wanted.

When it came to doing it myself, however, do you think that this is how I did it? No, I didn’t. I found it much easier to conceptualise how the reader would unravel each clue if I wrote it in the order it appears in the book. My advice to all those students was rubbish.

JF: Nine Days was inspired by a photograph of an unnamed young soldier heading off to war on a train, his sweetheart reaching up to kiss him farewell. Has anyone come forward to claim they know the couple?

TJ: We’ve had a few ‘maybe’ people. The most likely is that the photo is actually an aunt seeing off her nephew. But the romantic in me doesn’t want to think about that. JF: You spoke at the inaugural Historical Novel Society Australasia conference. What advice would you give to aspiring historical novelists?

TJ: I honestly think that research is not as important as emerging novelists think it is. What matters in historical fiction are the same things that matter in any other kind of fiction: a wonderful story about interesting people, well told.

JF: Can you name a few of your favourite historical novels?

TJ: Of course I’m Mantel mad. I also loved Year of Wonders by Geraldine Brooks, Possession by AS Byatt, Oscar and Lucinda by Peter Carey and anything by Sarah Waters. One of my former students, Ilka Tampke, has just published her debut novel, Skin. It’s historical fantasy set in iron-age Britain and it’s just wonderful.

JF: Thank you Toni Jordan and good luck with your next story. I can’t wait to read it!