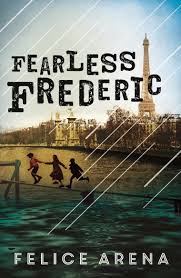 END_OF_DOCUMENT_TOKEN_TO_BE_REPLACED

One of the best parts of reading is disappearing into other countries and cultures — preferably with a little magic on top. So what could be better than epic fantasy that’s inspired by South Asian cultures?!? Today we are going to peruse some delicious young adult novels that take a detour from the repetitious medieval British settings!

REBEL OF THE SANDS BY ALWYN HAMILTON

This is a swashbuckling, sharpshooting, magical adventure set in a world that rings of the Arabian Nights folklore! It fits an interesting combination of guns and magic and deserts together that feels super unique. Plus there is sass. So much sass. Amani is an excellent marksman who wants adventure and decides to escape across the deserts with a mysterious foreigner.

It contains rebellion, deserts, djinn, and other monsters that lurk beneath the sands.  Not to mention a shoot out on a moving train because this is like THE WILD WEST meets ARABIAN NIGHTS and it’s exciting.

Set in a mythical fantasy kingdom that resembles India, this story is about a girl who is a visha kanya — her kiss is death. Marinda obviously it not doing well in the love life factor, but she’s doing anything and everything to keep her sickly little brother alive. Which means working for a cruel boss who uses her as a weapon. But then she meets a boy in a bookshop and starts to wonder if she can get out of her brutal and murderous career path.

The world is pretty lush and vivid, with gorgeous descriptions, and has basis in Indian folklore.

THE STAR-TOUCHED QUEEN BY ROSHANI CHOKSHI

This features a fantasy-inspired Indian society where a girl, Maya, is cursed to fulfil a marriage of death and doom. Which is kind of a turn off for a lot of guys, it seems. However she ends up in a political marriage with a strange boy who rules a kingdom that is magical and definitely not what it seems. We’re taking on a whirlwind journey where myth becomes life. Roll out the demon talking horses, magic trees, and worlds controlled by a single thread!

This book’s definite strength is its lush and melodic writing style. It spins the story with beautiful prose and a slower pace to match the carefully unfurling magic.

THE WRATH AND THE DAWN BY RENEE AHDIEH

This is an absolutely gorgeous retelling of the tales of Shahrzad who told the 1001 Nights stories to the Sultan to stop him killing all his wives. The book takes a magical twist to the tale and there are monsters and curses here that lurk in the shadows. Shazi is the most epic of protagonists who is here to stop the boy-Sultan’s rampage…except things are definitely more than they seem and he’s harbouring secrets that change everything.

I also will totally admit that the food descriptions in this book?? They slay. They are so darn delicious that I just wanted to eat the book.

A comment that this session ‘Going Home: Belonging, Family and Food’ at the SWF was “up there with some of the most stimulating sessions I attended at the festival” summed up the quality of the discussion and the engagement of the audience at this sold-out session with Debra Jopson, Beth Yahp and Adam Aitken. The Sydney-based authors on this panel were a pleasure to facilitate.

Their latest books could almost be described as political histories even though two are memoirs and one is a novel. They are full of journeys, fascinating facts, family and sensory depictions of home and place. Perhaps surprisingly, they are as much about Australia as they are about Lebanon, Malaysia and Thailand. 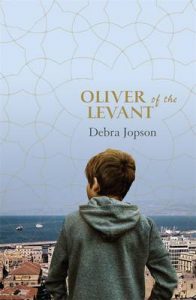 Debra Jopson is a journalist. She’s been an investigative reporter, focusing on social and Aboriginal issues. She has won the prestigious Walkley award for journalism and Human Rights Commission honours.

There’s been lots of media interest in Debra’s debut novel, Oliver of the Levant which draws on Debra’s experiences of living in Beirut for two years as a young adult during the start of the civil war in Lebanon in the 1970s.

Her protagonist Oliver is a multifaceted 15 year old who desperately seeks a parent to love him and give him boundaries.

He runs wild in Beirut.

His attempts to romance an older Lebanese girl and his fascination with making bombs have explosive consequences. Beth Yaph grew up in Malaysia and lived in Paris for five years, as well as in Australia. She’s part Thai, part Chinese and part Eurasian but even that’s not an completely accurate description of her heritage.

She studied Communications at UTS and has worked as an editor and teacher of creative writing at university level. She is an accomplished presenter, formerly hosting a travel program on ABC Radio National.

I first knew of Beth’s work through her novel The Crocodile Fury and her interest in music, explored in her memoir, has been showcased by the libretto she wrote, Moon Spirit Feasting.

Her memoir Eat First, Talk Later describes a road trip with her elderly parents trying to retrace their honeymoon trip. There are many diversions along the way – literal changes of direction – as well as diversions into the near past of Beth’s childhood and further back into her parents’ youth and the history of Malaysia. His Australian father worked in advertising and became a landscape architect and gardener.

His Australian grandfather was a soldier.

His mother was a beauty and university student from Bangkok.

His Thai grandfather was a governor’s deputy and his great-grandfather a fortune-teller and magician.

Adam was born in London. He lived in Thailand, Malaysia & Australia. As a young man he returned to Thailand to become ‘a real Thai’.

He studied English literature at Sydney University and now works as a researcher in writing at UTS. I first became aware of Adam’s work when I was promoting the poetry anthology he co-edited, Asian Australian Poets.

His memoir One Hundred Letters Home is a very frank depiction about his family and his life as the offspring of parents from Australia and Thailand.

It was quite a tricky brief to combine two memoirs set mainly in Asia and a novel about a boy in Lebanon but a synergy happened on stage and discussion flowed. Thanks to Adam, Debra and Beth.