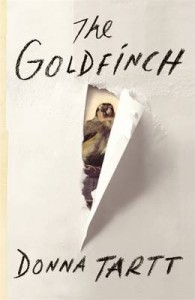 Coming of age novels often deal with the journey from adolescence to adulthood but the journey through adulthood, especially in those first few years, is just a treacherous. These are the waters Chris Womersley, author of the brilliant Bereft, explores in his new novel, Cairo. A book not about Egypt but instead an old apartment building in Melbourne in the 1980s.

Tom Button is a seventeen year old country boy who has moved to the city to attend university. Through the death of his Aunt he ends up moving into Cairo. Tom has never left home before or his small town of Dunley and moving to Melbourne to live on his own is a journey through many new doors.

Cairo’s tenants are an eclectic bunch and Tom soon falls in with a bohemian couple and their friends. This group of artists and musicians captivate Tom. Spellbound by the group’s centre, Max Cheever and falling hopelessly in love with Max’s wife Sally, Tom is convinced to ditch his plans for formal education and instead let the world be his guide. Tom quickly adapts to this new lifestyle of parties and art shows and is eager to be part of the group’s dream to leave Australia behind and settle in France and write novels, compose music and make art together.

Womersley sets all this against the real life theft of Picasso’s Weeping Woman from the National Gallery of Victoria. A theft that remains a mystery today despite the painting being returned. Womersley uses this advantage to create his own version of events. Events Tom is all to easily caught up in, blinded to the consequences, deceptions and betrayals.

At first glance I wasn’t drawn to the storyline of this novel but Womersley’s writing quickly drew me in just as it did in Bereft. Tom’s naivety and innocence is deftly drawn and exploited, especially when it comes to love. The way Tom is enchanted by the older, seemingly more wise, group is a trap most of us have been guilty of at one point or more in our lives and blended with a real life art heist makes for addictive reading.