Okay, it’s only a couple more sleeps until December, which means we’re dipping into dangerous waters now. Christmas wish lists should be full and those letters to Santa should be in the post – pronto! If you are after a new Christmassy picture book to line your stockings with, try some of these fun ones on for size. Santa Baby by Smriti Prasadam-Halls and Ada Grey promises to be the ‘most magical Christmas picture book of the year’ and it does have a touch of special about it. Reminiscent of the movie Arthur Christmas and the evergreen, The Night Before Christmas, Santa Baby tells the quest of Santa’s small progeny and his best mate, Roo who are upsettingly too young to accompany Dad on his worldwide mission on Christmas Eve. Grounded and miserable the two friends discover two abandoned presents and set out on a mercy mission to deliver the gifts themselves.

In spite of several distractions, they almost reach their target when they recklessly decide to undertake a ‘midnight loop-the-loop’, a sleighing manoeuvre hitherto only attempted by accomplished flyers, read Santa Claus. Their execution is, as you guessed, less than successful but just as it is all about to end in tears, Santa scoots up and rescues the rescuers. Santa Baby then realises that being Father Christmas is not as easy as sucking on a candy cane and that the two remaining presen 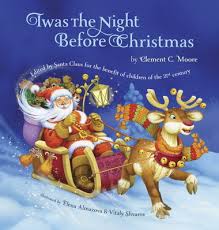 ts were actually for him and Roo and hold the answers to their dreams come true.

The child-friendly verse and super cute real knitted beanies and scarves illustrator Ada Grey dresses Santa Baby and Roo in adds to this merry feel-good story about the merit of patience and persistence. Magic for under-fives. Swapping snowballs for sand dunes, head to Christmas at Grandma’s Beach House by the winning picture book team of Claire Saxby and Janine Dawson. Following their 2013 release of Christmas on Grandad’s Farm (reviewed here), this gorgeous new Christmas holiday expose adopts the tune of the Twelve Days of Christmas carol and is bursting with more Aussie flavour than a kangaroo sausage on a hot barbie. This sing-a-long picture book will have you counting down the days to your next seaside escape and fruit mince pie. From the very first page Dawson’s illustrations, plunge us into the briny seaside environment of Grandma’s beach house. Nearly all of us must have some childhood memory of visiting such a relative’s place; I do, right down to the ‘holiday’ tree jammed in the corner, seagrass matting, and shell mobile! 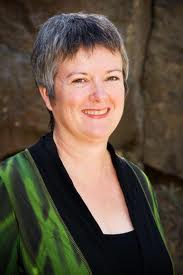 Saxby guides us through family introductions and new friendships with the days of Christmas countdown as we picnic on the beach, body surf and frolic under a very Aussie sun. Grandma’s beachside locale is soon swelling with a radiant assortment of kids and buzzy holidaymakers.

Chock-a-block with thongs, seagulls and sunhats, it doesn’t get any more Aussie or better than this. High on my list of sing-a-long picture books to jingle my bells to because I love a good excuse to belt out a carol, even if I don’t need a reason.