Many of my generation (sadly not all) and those of the next, fortunately have not endured the atrocities of war like those seen during the Holocaust. That we are able to feel its impact, appreciate the drama and acknowledge its implications is the unique potency of a picture book. Margret Wild and Freya Blackwood exploit this power wondrously well. 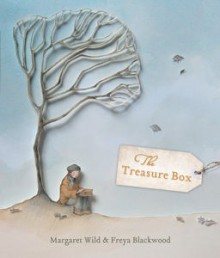 The quiet unassuming cover of the Treasure Box magnetised me from the moment I was handed the book. The subdued colours, lone tree bereft of leaf and life, fragments of words adrift; all at conflict with the title, which promises something far brighter and more uplifting. I was a little unprepared for the subtle magnitude of the tale, again preoccupied by the end papers, comprising scraps of text which interestingly are taken from Sonya Hartnett’s and Morris Gleitzmann’s foreign editions of their own wartime tales of displacement and loss.

We join young Peter’s story after his home town is destroyed leaving the library in ruin. Books once housed there are transformed to nothing more substantial than bits of ash as ‘frail as butterflies.’ That is all but one; a book that by fortuitous happenstance had been taken home by Peter’s father before the bombing.

Peter’s father is intent on safe-guarding the book for the stories it contains; stories that tell the history of Peter’s people, of a past ‘rarer than rubies, more splendid than silver, greater than gold.’ The book is secured in an old iron box which forms part of the meagre possessions they flee with from their homeland.

Peter’s father does not survive the soul crushing exodus but instills in Peter tremendous tenacity and a promise to keep their ‘treasure safe’. Unable to continue with such a load but true to his word Peter buries the box under an ancient linden tree, to which he returns many years later. His single-handed courage and loyalty perpetuates the most valuable treasure of all – the gift of hope and love. 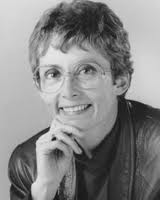 Margaret Wild’s eloquent sense of story and place transports the reader into the very heart and soul of Peter and his father. Her thoughtfully sparse narrative paradoxically permeates every inch of the page and ounce of our attention. Neither her words nor the illustrations compete for space in this book. They work in convincing unison, caressing the story along and guiding us skilfully through horrific, almost unimaginable situations like sleeping in ditches, and holding the hand of a dying father. 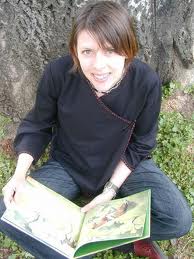 Freya Blackwood’s artwork is instantly recognisable, however is taken one step higher using collage and multi-layering to create a stunning subtle 3D effect. Characters literally appear to be trudging across the page, accompanied by the metaphoric charred fragments of the leaves of a million books. The story is further enriched with delicate contrasts and symbolism on each page, all in the haunting sepia coloured tones of despair and misery.

Only the intensity of the treasure box itself, shown in vibrant red throughout, never fades. By Peter’s maturity, colour and prosperity have returned to his hometown. Even the library radiates with a glorious, golden yellow – hope restored.

I happened upon this picture book late last year, in spite of its 2013 publication date. I thought it was a most serendipitous discovery, but did not fully appreciate its immense value until I uncovered its contents. Truly one to treasure.