It’s hard to find a blog’s worth of words to say what I can really say in one sentence: Star Wars: The Force Awakens lives up to the heady hype and breathless anticipation.

I mean really, I’m pretty sure today we’ve heard the collective happy exhalation slash fist pumping of Star Wars fans the world over. I’ve yet to hear one say the film didn’t live up to their expectations.

Of course, it’s easy to say now I always had faith in JJ Abrams’ ability to execute an on-song film, but I did. He obvs has a strong track record, the Star Trek reboots being the most recent, but he is also a master at drawing out the key narrative elements and enhancing them.

Which is exactly what he did here. Balanced with just the right amount of action meets heartstring-tugging meets fantasy meets comedy, this Star Wars iteration impresses. Its look and feel is accurate. More importantly, its tone feels right.

In a nod to episodes past as well as a clever way to link the past and the present, TIE fighters, X-wings, the Millennium Falcon, and the Deathstar return in various forms (I for one have spent plenty of time poring over their blueprints). As do some of the most beloved characters. 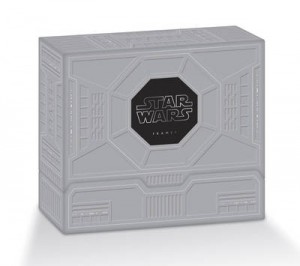 But the film is carried by a cast of next-generation relative newbies—arguably in George Lucas’ tradition, but still much more than I’d expected, if I’m honest, but hats off to it.

These newbies include a modern droid that is Wall-E-like in nature, but mostly endearing rather than abundantly annoying. Is it just me, or did anyone else find Wall-E annoying? And BB-8 was cute, but only in small doses. I felt it was overdone in early scenes, but the rest of the film reigned it in.

There was, of course, also a resourceful junk scavenger named Rey, who upends stereotypes about which jobs women are or aren’t good at. In fact, she executes my favourite joke of the film—‘No, no, no. The one I’m pointing to.’—which is one about asking her male co-protagonist to hand her a spanner.

In fact, there was a fair amount of role reversal in this iteration. The women are strong and centre stage and less sexualised—more so than in the past. There’s Rey, of course, but Leia too, and no gold bikini in sight. There’s also a brilliant, bespectacled, oracle-like woman Maz (Lupita Nyong’o), whose opening words to Han Solo were: ‘Where’s my boyfriend?’ It turns out she’s a fan of the Wookie. She’s so incredibly compelling she just about steals the show.

Everyone is wearing masks in this film—some literally, others metaphorical. Peeling them off to reveal truths is at the film’s core. And, as a Star Wars fan who is also a Harry Potter fan, I have to point out what’s probably already been pointed out a bunch of times by now: Was it me, or were the new Darth Vader-ish and Supreme Leader Snoke rather Snape- and Voldemort-looking? And Rey very Keira Knightley meets Natalie Portman? Inadvertent or not, to me the resemblances were uncanny. (Then again, maybe I’ve spent too much time obsessing over Lucas’ every decision.)

I don’t want to give to much away about the film, but I will say it’s a crowdpleaser—sentimental but not soppy, and a return to Star Wars form. Forgive me for admitting I actually cried at one stage when the Resistance fighters appeared.

‘This is so not how I thought this day was going to go,’ Han Solo says in one scene, as things go pear-shaped. But I’d prefer to recast this: This film so didn’t go how I expected it to. And for that, and the fact that Jar Jar Binks remains banished, I am entirely thankful.