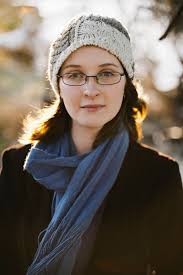 Author, Lindsey Little likes looking at things from great heights. Me too. It is how I choose my rugs, for one. Allowing yourself a chance to gain a different view of a situation or object can afford you a very different perspective of it. And having a different perspective can be very rewarding indeed. As I discovered when reading Little’s, debut YA novel, James Munkers Super Freak.

The slightly ominous cover, whilst indicative of the story, belies a strong and captivating narrative, which happily, I was reluctant to walk away from. 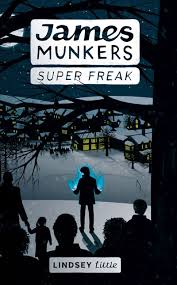 James Munkers is a weedy, non-descript, slightly whiny teenager tumbling along in a large blended family when suddenly out of the blue, he is forced to adapt to a new town, new school, and disturbingly new powers.

Turns out, James is intrinsically entwined in a plot to destroy the world. Desperate to assimilate as inconspicuously as he can into his new surroundings, he is instead thrust head first into a destiny he’d rather forget.

Disappearing fathers, alarming bright blue, havoc-wreaking critters, and inter-dimensional communication conundrums gives James repeated headaches and plenty of reasons to want to run and hide. Did I mention the local school thug who won’t let up on him and a headmaster who is keen to suck the life power out of him? Instead of cowering, he throws up a lot whilst slowly coming to turns with saving the world. As improbable as all that may sound and in spite of a few convenient plot quick fixes, Little peppers the narrative with plenty of believable sardonic humour and characters as vibrant and varied as those found in a certain school of witchcraft and wizardry.

James’s inherent nerve lies forever just inches beneath a veneer of teen sass and cynicism. Thankfully, Little’s (aka James’s) solid and convincing voice allows us plenty of glimpses at James’s vulnerability so that you really want to rally beside him along with his mate, Jem and an assortment of other all-for-one, one-for-all Guardians.