I’ll Be Gone in the Dark, the book about a serial rapist and killer whose crimes terrorised Californian communities and have long stumped authorities, popped up on my radar the same way it did for many people: because of the tragic story behind it.

Writer Michelle McNamara died unexpectedly in her sleep while partway through writing the book. Her bereaved husband, actor, and fellow writer Patton Oswalt stepped in and, along with McNamara’s researcher and an award-winning author, finalised and published the book. Oswalt also recruited Gillian Flynn, AKA she of Gone Girl writing fame, to write a foreword.

All of which is heart-warming, but that hints that the book might be a bit patchy or uneven. So I’ll be honest that I didn’t know what to expect when I cracked its spine, and that at best my expectations were low.

But McNamara’s astonishingly good writing and storytelling that gets layers down deeper than traditional true crime tales is absolutely gripping. And, as with all quality writing, seems effortlessly so. Oswalt and co. have used editor’s notes to flag where they’ve assembled chapters or segments based on McNamara’s notes. The transparency is to be applauded, but in truth almost not needed—the book hangs together fairly seamlessly. 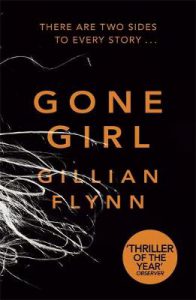 Essentially, the book documents McNamara’s efforts to uncover the identity of a prolific and bolshy rapist and serial killer variously termed the East Area Rapist, the Original Night Stalker, the Ransacker, and later, by McNamara, as the Golden State Killer (GSK) whose crime spree is as bizarre as it has been seemingly unsolvable. Well, until recently. But more about that later.

While I originally thought the book’s title might have been a reference to McNamara’s death during sleep, but it’s actually a reference to the GSK’s ominous threats to his victims, which took the form of words like: ‘Make one move and you’ll be silent forever and I’ll be gone in the dark.’

Some 50 women were bound, gagged, and brutally raped in their homes during his crime wave, and while it started out being women alone, couples were later targeted, with the men tied up in another room and the GSK taking odd keepsakes from his victims’ homes. Around 10 people were killed, with authorities still attributing other unsolved crimes to the GSK as DNA analysis and cross-jurisdictional co-operation improves.

In fact, as McNamara outlines, it was the lack of sharing of information between police forces that in some ways allowed the GSK to operate as he did. As one rape victim who lived in a southern suburb not thought to be frequented by the GSK told the police when they eventually arrived to rescue her: ‘Well, I guess the East Area Rapist is the South Area Rapist now.’

McNamara wrote: ‘A forensic match between the cases didn’t exist, but a feeling did, a sense that a single mind was at work, someone who didn’t leave many clues or talk or show his face, someone who strolled undetected in the middle-class swarm, an ordinary man with a resting-pulse derangement.’

The GSK disappeared just as suddenly as he appeared, with people postulating theories about what ended his efforts as that he was either incarcerated for another crime or dead. That didn’t stop people working together and individually for decades to solve the mystery, and McNamara features cops and crime scene forensic specialists and Reddit-hosted enthusiasts alike as she tries to identify the GSK.

Without wanting to ruin the ending, there have been some significant developments in the GSK case since the book was published. Which in no way diminishes it. I’d just recommend trying to resist googling the case until you’ve finished McNamara’s book.

Oswalt has written an afterword that talks about the daughter now growing up without McNamara, who asks: ‘“Daddy, why do you and Santa Claus have the same handwriting?” Michelle Eileen McNamara is gone. But she left behind a little detective. And a mystery.’

Posthumously publishing McNamara’s book is perhaps the greatest tribute he could have made. Meanwhile McNamara’s tireless work arguably at least partially contributed to authorities solving the GSK case. Make sure you allow some time after reading I’ll Be Gone in the Dark for some serious GSK googling.