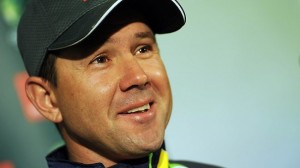 Ricky Ponting, 37, who made his final Test appearance this week, is one of the greatest cricketers to have worn the baggy green.  He became Test captain of Australia in 2004 and remained in the post until handing the job to Michael Clarke in 2011. He is the highest Australian run-scorer of all time in Tests and one-day international cricket, behind only India’s Sachin Tendulkar among batsmen from all countries.  Ponting’s career highlights include 168 Test matches, an Australian record he shares with Steve Waugh.  He scored 13,378 runs in Test matches and 41 centuries.

No Australian cricketer can match his Test hundreds record and his Test average (51.85) is third best among all Australian batsmen with 20 or more innings (behind only Don Bradman and Greg Chappell). Bradman is the only Australian to score more Test double centuries. Only India’s Rahul Dravid has taken more Test catches. No man has been a part of more Test victories. No captain has led his country to more Test wins.

Ponting has been a HarperCollins author since 2003 and his autobiography will be his biggest project yet.  It will track, with his customary honesty, the journey from his childhood in Tasmania, playing for the Mowbray Cricket Club’s third-grade side at 11 years old, through the highs and lows of his extraordinary international career to his retirement and future plans.