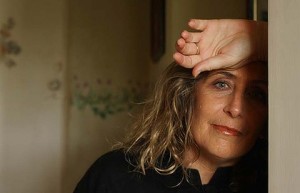 Beams Falling. The novel is set in the early 1990s when drugs and violence began to tear apart the fragile refugee community that had  put down roots in the outer south-western Sydney suburb of Cabramatta. The press reports of the day refer to the ‘wall of silence’ that met police, my novel explores the walls built not just by criminals and victims, but by police as well. It is a follow up to my first book The Old School, continuing the story of Detective Nhu ‘Ned’ Kelly and if the title – Beams Falling – seems oddly familiar it’s because it comes from a story Sam Spade tells about a man named Flitcraft in Dashiell Hammett’s The Maltese Falcon. Sydney, born and bred. I’ve lived in different parts of Sydney, up the north coast of New South Wales, in England, Mali and India but Sydney keeps drawing me back. Sandstone, red gums and the harbour foreshores are like nothing else in the world.

When I was very little I wanted to be a horse, but when I worked out that probably wasn’t going to happen, I switched to wanting to be a jockey, followed by wanting to be a mounted police officer, followed by actually being a police officer – though not one on a horse. I then spent 13 years in the police, most of it as a detective. Being an author was something that I rather stumbled into  when I began to write after I’d left the police force.

What a tricky question! Beams Falling builds on the characters and the story and the history of the first book The Old School. It builds on my experience in writing the first book, but it’s a different book, and at times that previous experience felt like it counted for nothing. I suspect that is the truth of writing, that each book, each story, each essay is a new exploration and demands new approaches. Iris Murdoch said, ‘Every book is the wreck of a perfect idea.’ So perhaps all one can hope for is slightly better wreckage each time?

I long for order and live with chaos. I have moved my writing place about four times in the last few years from room to room, which probably explains why I still love a pen and notebook and a good walk somewhere.

I’m mainly using a laptop now, so I can move about with it, on the lounge on my lap, but I’m trying to stand more now, so I’ve sort of set up a
standing desk of boxes on an old desk. I don’t think I’ve found the right place yet.

I’m an eclectic reader. I’ll follow tips and recommendations from friends, from reviews I stumble across, mentions of authors and books I overhear.

This has meant in the last little while discovering Mary Doria Russell’s The Sparrow, a sci-fi novel about Jesuits in space which was amazing. I’m currently reading The Lover by Marguerite Duras on the recommendation of Walter Mason – whose travel memoirs Destination Saigon and Destination Cambodia are stunning. I return constantly to old friends, such as Wide Sargasso Sea by Jean Rhys, and The Quiet American by Graham Greene.

I’ve also started reading a bit of research material around some ideas for the next book which has led me to some extraordinary memoirs about the Hare Krishna movement in the USA in the 1970s and 80s – wild times indeed.

When it comes to crime I await with great anticipation Malla Nunn’s latest, along with anything by Attica Locke.

The Silver Brumby books by Elyne Mitchell. I was horse mad but all the books I read featured English girls on ponies in little villages in the Cotswolds. Reading The Silver Brumby, set in my land, featuring my landscapes, my native animals, written from the animals’ point of view was a mind blowing moment.

Ford Prefect from Hitchhiker’s Guide to the Galaxy because there was a dude who really knew where his towel was. It would require a sex change for one – or the other – of us but with the Infinite Probability Drive I think it would be doable.

I watch TV like I read novels. I love nothing better than to have a juicy drama series to get my teeth into – currently Borgen – but it has been The Wire, Battlestar Galactica, The Eagle, Broadchurch, Buffy. I buy DVD box sets and keep them alongside my books.

I also love to walk around the bush tracks along the harbour side and to swim at North Sydney Olympic Pool.

Nasi Lemak – I can’t resist it. I try it at every Malaysian restaurant I go to.

Love discovering a good cocktail, although I’m currently on a bit of a Caipirinha roll.

Hero is one of those words that gets diminished by overuse. I’m loathe to put people on pedestals and I suspect most of the truly heroic remain nameless, never truly known. A woman whose name we do know was Hypatia a mathematician, philosopher, astronomer in Alexandria @ 400AD who was murdered by a Christian mob unhappy with her teaching.

A literary hero would be Sethe from Tony Morrison’s Beloved, who had the courage to live on.

As an Australian author I see maintaining local access and interest for local stories as being the biggest challenge. I think readers will always read but it’s a question of whether we start to see a lack of diversity in our reading. There’s a blockbuster mentality where everyone reads from the same narrow list, rather than lots of people reading across a wide range of books. This is linked to the way people access their reading and what is made available to them, often determined by the electronic delivery system they’ve locked themselves into. As an author telling local stories, I hope that a local market will still find a place.