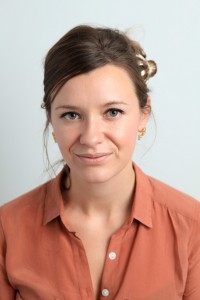 The latest creation is called Mrs. Hemingway. It’s a historical novel, told from the perspectives of Hemingway’s four wives and mistresses: Hadley, Pauline, Martha and Mary. Set from 1921-61 it all happens in France and America, in places you’d probably like to go on holiday to, and which I had the arduous task of visiting, for research purposes only, of course.

London is home. I grew up in Hong Kong but have been back in England now for quite a while. Although I don’t have family in London it’s where all my friends are – my urban family. When I was a kid I wanted to become “a bloodsucking lawyer” which was a cute if annoying phrase I stole from Wednesday Addams in The Addams Family (one of my favourite movies still). Only later did I realise I wanted to write – and I was twenty-three when this desire to write really took hold.

I’m definitely happiest so far with Mrs. Hemingway. I’m proud of the amount of research I put into it and I’m pleased that I got to give voice to four impressive and under-known women.

I live in London where the rents are astronomical, and my room is tiny! This is a guilty thing to admit but often I write in bed with coffee and toast. The room is too small to even have a desk. And if I’m under the duvet I can save on the central heating. It all gets a bit chaotic and invariably there’s ink all over the bedcovers.

Too many writers to possibly name but! Kazuo Ishiguro, Marilynne Robinson, James Salter, and I am slowly getting into the work of Kent Haruf. Beautiful work, beautiful sentences.

The classics, really – anything by Roald Dahl. I was also a real sucker for the tender friendship shown in Charlotte’s Web. In my early teens I had a brief but intense swing into fantasy and adored the books of Robin Jarvis – all I can remember about them now is that they
were about some rather plucky mice and that I couldn’t put them down.

I’d like to be the marvellously damaged Brett Ashley in The Sun Also Rises. Beautiful, urbane, and able to drink like a fish.

I like to work on small patch-working projects – things like cushions and small quilts. You can find pictures of my designs on my website. I like working with colour. It’s very pleasing to the eye after the black/white nature of writing.

I love Korean food and would like to put kimchi into everything. Fave drink = red wine, of course.

Martha Gellhorn – for her work, her bravery, her independence at a time when women war correspondents just didn’t really exist.

The biggest challenge to the written word is probably the image. Images, especially movings ones, are incredibly easy to consume, they tell a story in half the time, and they give the same emotional punch. Will people read if TV box-sets and movies take over? I hope so. But  it might be a dwindling proportion of us.