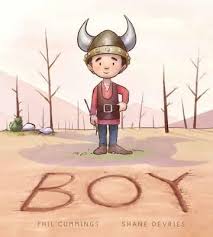 Picture books have an immense power and ability to relay subject matter in a range of perspectives. How young developing minds perceive the world around them helps them make sense of themselves as well as those living in worlds different from theirs. The following picture books all support themes of perception in the most tender and winsome ways. 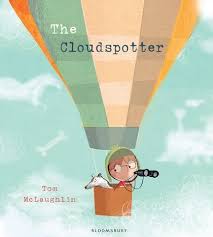 The Cloudspotter by Tom McLaughlin

A young boy seeks solace in spotting clouds and the adventures they enshroud. His imaginative blue-sky sojourns stave loneliness until he encounters The Scruffy Dog whom he feels is after his cloud sanctuaries for herself. He plots to remove her but when she is no longer beside him, realises that both she and he had been searching for something else all along.

A beautifully illustrated succinct look at imagination, friendship and viewing things from a different point of view. A must read. 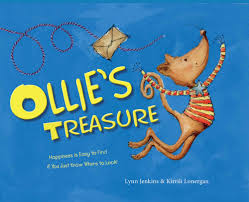 Ollie is a youngster with a penchant for treasure hunts, no doubt because like many young children, the thought of acquiring a fabulous prize outshines all else. When Gran sends him a treasure map promising a treasure that will bring happiness always, Ollie is giddy with glee. However, after extensive searching through rose bushes that smell like Gran, grass that tickles his feet and fountains that tinkle musically, Ollie is disappointed to find nothing more than a drawing on a piece of cardboard.  Nevertheless, thoughtful Gran has given Ollie so much more than a shiny new toy truck.

With a clever bit of emotional engineering, Gran shows Ollie how by simply noticing every colour, sound, texture and feeling around him, he becomes the treasure and his feelings of happiness are the prizes worth cherishing most.

A gorgeous testimony to the art and importance of mindfulness, Ollie’s Treasure reinforces the value of appreciating the simple enduring things in life, like a grandmother’s love, over mere materialistic possessions.  Dreamy illustrations and gentle prose make this a story to share. From the author illustrator of The Bear and the Piano, this lavishly presented picture book encompasses that fragile, almost intangible concept of belief. When a wall needs completing in Billy’s village, his grandfather goes to great lengths to convince him that the Giant will come to their rescue. Billy finds it hard to believe Grandad’s tales about a giant who is always there to retrieve runaway kites, rescue stricken boats and fix the town clock and decides to debunk this fantasy once and for all. It is not until he actually encounters this gargantuan person that Billy realises his true motives for hanging around the town – a need for friendship.

Highest praise for the striking colour saturated illustrations accompanying this charming tale of acceptance and overcoming bias and fear. 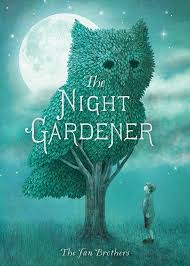 The Night Gardener by Terry Fan and Eric Fan

The residents of Grimloch Lane are not used to the simple, ethereal ways of magic until one day, William, an orphaned boy, notices a change in their town. Overnight a spectacular menagerie of topiary animals appears each one more marvellous than the last. The township is intrigued and slowly transforms from noncommittal sepia into something much more alive and luminous.

Only William is privy to the identity and secrets of the Night Gardener by becoming his apprentice. While seasons alter the physical evidence of his visitation, the people’s perception of the joy and wonder he brought to them remain forever, especially with William.

Sublime, artful and astute, The Night Gardener is one to cherish and revisit.

Boy has the best qualities of an old-fashioned fairy tale spliced seamlessly with the powerful modern day themes of perception and communication. There’s a dragon, a castle on a hill, a king bent on defeating the dragon with his clamorous army of Viking- esque knights, a terrible misunderstanding and a boy who happens to be deaf.

It is this very so called disability of the boy that ultimately unravels everyone’s skewed perceptions of each other, saves the day and reunites village spirit, demonstrating that sometimes achieving understanding can be as simple as ‘drawing pictures in the sand’.  Boy is a meaningful and beautifully rendered expression of acceptance and overcoming conflict. ‘Boy couldn’t hear a word, but he didn’t’ need to.’ If only those able-bodied souls amongst us who find themselves deafened by conflict could learn from Boy’s wise dancing hands.

An eloquent tale celebrating sign language, the innocence of youth and the wisdom of looking before you leap with as much to keep you visually stimulated, as there is to delight you verbally. Highly recommended. This is another picture book that looks at physical impairment, this time focusing on the common social embarrassment of enforced difference because of something you have to wear or endure, in Ava’s case, her glasses. Fortunately for Ava, her class teacher is able to convince her to assume a different point of view – prompting her to consider how much better the characters’ lives of her favourite fairy tales would have been had they worn their glasses; Hansel and Gretel would have been home by now; Humpty would have never fallen off that wall and so on.

Fun, unique and beguilingly illustrated, Ava and her spectacles help us put things in perspective and see them more clearly.