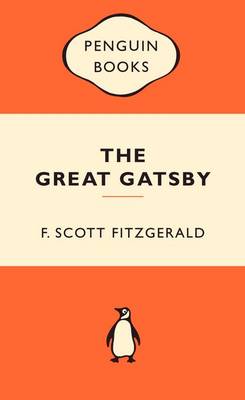 Baz Luhrmann’s multi-gazillion-dollar film adaptation of the iconic The Great Gatsby has received mixed reviews, and I swore I’d steer clear of an obligatory Gatsby-themed blog.

But, having seen the film on a whim (it’s Saturday night and I felt as though I needed to have something other than work and study to show for my weekend), here we are.

Not having ever been either a The Great Gatsby (Sacrebleu, I know!) or Baz Luhrmann fan, I’m arguably better positioned to offer a more objective analysis of Luhrmann’s adaptation.

For starters, I refused to re-read the book prior to seeing the film—that would have felt a little too much like reading for assignment-writing and exam-related displeasure.

Although my collection of this cautionary tale is dim, I have always respected the text for Fitzgerald’s eminently intelligent insights. The narration to die for wasn’t enough for me, though—I always found its characters so excessive they were weakened, unsympathetic caricatures.

That’s in part what Fitzgerald was aiming for, but while I understand the characters would never be likeable, I never found them believable. Which is why, contrary to popular opinion and my own general stance on the book and its director, I’m going to posit that perhaps Luhrmann, a director who specialises in the unbelievable, is one of the few who’s actually suited to adapt this iconic tale.

Luhrmann’s adaptation is undeniably over the top, with a tilt towards Moulin Rouge both in its theatrics and in at least one musical intro. It feels crammed to the gills with sparkly costumes and heavy on we’re-going-to-explain-every-plot-point pretension. But in general terms, it for the most part works.

I admit that I had to suppress an eye roll at the opening with Nick Carraway cooped up at a sanatorium, presumably trying to mend from the alcohol, moral, and ethical damage inflicted on him throughout the summer in which the book takes place. (I’d forgotten that Carraway was an aspiring writer misled by the prospect of earning quick money as a banker—it seems I’m developing a habit of watching films with the dual storylines of writers.)

The set-up’s also a nod to Fitzgerald, who struggled with life’s excesses, with the Carraway character morphing into a Fitzgerald figure. It was a tired, too-apparent means of getting the book’s exquisite narration, which occurs largely in Carraway’s head, onto the screen. But it was arguably a necessary one—without it we’d have missed Fitzgerald’s most iconic lines (I was surprised how many of them, upon utterance, jogged my memory).

In some ways Luhrmann’s adaptation is genius because almost all of us studied this book as required reading during our school days. Hazy recollections of those halcyon days as well as a macabre can-his-interpretation-possibly-live-up-to-the-scrutiny fascination ensures that we dutifully buy tickets in droves. Luhrmann’s The Great Gatsby might not be a critical hit, but based on the packed theatre I was in and the murmured ‘Did you remember its?’ I heard all around me, it’ll be a commercial one.

For me, stylised Luhrmann’s version made the excess and superficiality make sense more than the book ever did. The theatrical elements that are quintessential Luhrmann and his production-designing wife, Catherine Martin, arguably suit this setting better than some other films the two have created.

Tobey Maguire brought an understated nerdishness to Carraway, anchoring the at-times-too-much story to something tangible and real. Leonardo DiCaprio looked dashing in his first Gatsby appearance—quite James Bond in both black tie and in introduction. For the most part, though, I thought he looked like he had a bit of the orange jaundice of a poorly applied fake tan. (The question is: Was this intentional?) Cary Mulligan lent Daisy just the right amount of waifish sophistication and wilful fool (Martin’s elegant, lust-inspiring costumes will likely spark a feminine fashion bonanza). Executive producer Jay-Z undoubtedly had a hand in the deft marriage of jazz and hip hop, which I absolutely loved. And did I spot a Luhrmann cameo?

That’s not to say there weren’t some clunky aspects. Gatsby’s hand reaching out to the green light, for instance, which appears a number of times throughout, unfailingly made me cringe. The writing that traversed variously across the screen didn’t work. At all. In fact, that only film I can think of in which it worked was Star Wars, and even then it was a new take on writing on the screen and it only occurred once, at the beginning.

The film’s puzzlingly available too in 3D, though I made sure to steer clear of that monstrosity. I’d argue that few films truly need to be 3D, and this one doesn’t, definitely.

Overall, though, for all its frou frou and hyperstylised sets, costumes, and actions, this version rang true-ish for me. Maybe it’s a not-entirely-bad adaptation and that generations who are currently or will in future read the book will be able to ‘cheat’ their way to understanding it by watching this film. Or maybe, like Carraway, I’m looking for the best in people (and films).

*As a side note, I was extremely excited to see trailers for the next installment of The Hunger Games, which is due in too-far-away-to-bear November, and an animated film based on a villain brought out of retirement by the Anti Villain League. Consider me sold.