Thanks for speaking to Boomerang Books, Bruce Pascoe.

Where are you based? How has this influenced your new adventure story for children, Seahorse (Magabala Books)? I live at Gipsy Point near Mallacoota in Victoria. I have spent all of my life near the lighthouses at Cape Otway, King Island and Mallacoota and the sea is a big influence.

Is there a real Jack who you have based your story on?

Jack is my son and his courage on tackling the rough seas at Cape Otway is inspirational.

Was there an enormous koala colony when you lived at Cape Otway? Were they regarded as a pest?

They were re-introduced in 1976 but the population exploded and destroyed the forest. My son is the environmental scientist at Cape Otway Environment Centre and his opinion that the koalas were introduced from French Island where they were in plague proportions and consequently had lost the ability to control their own population. In the last 18 months Jack has grown 120,000 seedling trees (mostly manna guns and she oak) and has replanted Cape Otway. There was a small cull of the koalas and Jack is waiting to see how the Cape responds.

Your descriptions of place are a key part of the book. How have you crafted them?

Those places are etched in my memory and I often dream I am swimming or diving on their coasts.

Why have you selected the symbol of the seahorse?

I’m entranced by seahorses but have only ever seen a few while underwater. I have a seahorse on my keyring.

In the book Jack’s grandfather’s mother died and so her son grew up in a Home where ‘they knocked the children around something terrible’. Has your family suffered in this way? Our family were shifted about but I’m not sure any of them were physically harmed by anything but poverty. The early days on Tasmania would have been cruel but I don’t know any family details. 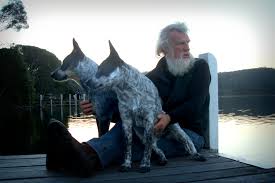 You have seamlessly incorporated some other terrible experiences that Indigenous people suffered at the hands at white pirates and sealers in the past. How were you able to incorporate these appropriately into this book for children? They have to enter the story naturally but most families can supply an endless number of examples so it’s reasonably easy.

Truganini is such an important figure in Tasmania. Did you consider using her story in this book?

Many Aboriginal people in Tas and Vic are related to Truganini so it’s a bit delicate to use her as an example. I made a short film, Black Chook, ABC later this year, which explored parts of her life. There are strict protocols around these matters.

The shady character wearing black shows contempt and a racist attitude towards Jack’s family. What do you hope your readers take from this scene? I want people to see Aboriginal families as a normal part of Australian life. I reviewed your excellent prior novel for younger readers, Fog a Dox for Australian Book Review. This book went on to win several awards including the Prime Minister’s Literary Award (YA Fiction). How has winning this prestigious award affected your life? It gave me a lot of confidence that people were noticing my work. Writers lead a lonely working life so it was encouraging to get some feedback.

What books have you enjoyed reading?

Anything Jack London wrote. Faulkner, Steinbeck, Sholokov. Birds without Wings is one of the best books I’ve read.

Who do you admire in the Australian literary community?