Remembering, honouring, commiserating, – learning. When recently reading ANZAC titles to my maturing primary schooler, she asked, ‘Are there still wars, going on?’ I had to reply that yes, sadly there were. However, by sharing the past and gradually exposing children to the realities of it, hopefully they become better equipped to care enough to avoid and prevent future conflicts. It’s a reality I’d like to hope for. These titles perpetuate that hope while escorting young readers through the historical past. This is a curious ANZAC picture book, more of a compilation of ANZAC Day emotions, colours and locations commiserating the loss of our war veterans and the sacrifice they made. The opening page appears sombre and cold at first; pre-dawn on ANZAC Day morn. Look closely though and you’ll notice a pale yellow light entreating hope and promise. It represents one of the many war memorials across Australia where keen crowds gather to remember not only our great-grandads, dads, sons and grandsons, but also the grandmas, mothers, daughters and aunties, all those affected by battles they never ever wished for nor properly understood.

Mattingley’s sparse yet rousing statements honour all those who left their families and land to serve abroad whilst also acknowledging those who stayed behind and kept the country ticking over, ending with the rising of the dawn, the Last Post and a pledge to never forget.

What really captivates though are Kennett’s painted and drawn illustrations clustered in muted sepia-coloured vignettes that resemble the type of photo album your grandmother might have kept. Although an eyeful to take in all at once, these spreads tell of life on the battlefields in ways that leave words gasping. Several international conflicts are depicted including the Boer War, both Great Wars and the Vietnam War giving children wider scope and deeper meaning to exactly what we are remembering when standing at the cenotaph on ANZAC Day.

Ideal for prompting discussion of past world commemorative events amongst early primary schoolers presented with respect and restraint. This hardcover illustrated tribute to those who served in the First World War is uniquely different to other children’s books drawing on this theme. Significantly, it is told through the eyes of a twelve-year-old child, Ivy whose father has left to fight overseas.

Deeves executes the same breezy epistolary style used in Midnight Burial to inform readers about life back in Australia whilst great chunks of her population were, in many ways, coerced to fight overseas. Through a series of letters written over a period of four years to her father who is first posted to Gallipoli and later France, Ivy describes how she and her mother had to move house, live with their Aunt Hilda and succumb to the restrictions of life during wartime.

Ivy’s voice is delightfully informal and intimate, eliciting strong young reader appeal and interest. She mentions various modernisations and several vagaries of life over 100 years ago that our tech –imbued children of today might well find absurd. I particularly appreciated Ivy’s illustrations included in her letters. 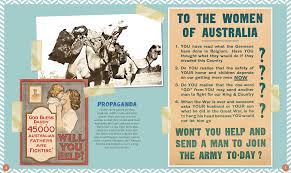 Deeves flourishes fact with fiction in a way that imparts a lot of new and interesting information. Although essentially a story about Socks, Sandbags & Leeches, readers can locate various topics about Conscription, the Retreat from Gallipoli and what school was like for example from the headings listed in the Contents. Scrapbook type pages crammed with authentic sketches, prints and excerpts of the time enhance the appearance of Ivy’s collection of letters and serve to reinforce the information she is relaying to her absent father.

A fascinating storytelling approach and account of the First World War for readers nine to fifteen. 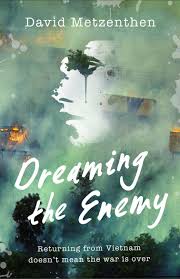 Dreaming the Enemy by David Metzenthen YA novel

I have to include this new novel by master story teller, David Metzenthen, tackling the effects of Post-Traumatic Stress associated with one of our more recent political conflicts. Immersing readers into hot sweating jungle warfare and solider psyche, makes for a challenging read, not for the faint hearted. There’s a possibility it will create lasting impressions but not because of any insensitive gratuitous horror (there isn’t any) rather because it’s narrated in a somewhat disconnected way, from deep inside the head of a returned Vet and his erstwhile Viet Cong nemesis.