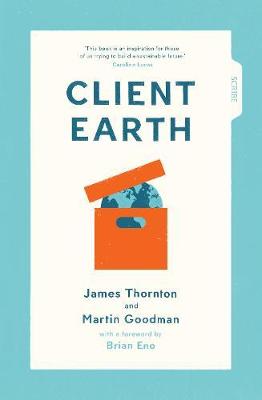 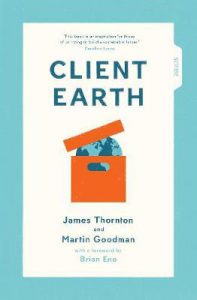 ‘A man cannot despair if he can imagine a better life, and if he can enact something of its possibility.’

An American lawyer currently living in London, Thornton has practised environmental law, which is a relatively new concept, since its early days. He’s been instrumental in shaping and shifting the law to better protect the environment. This includes helping remove some of the onerous costs that prevent people suing companies running roughshod over environmental protections.

Thornton cut his teeth doing things like suing a businessman negligently running a pig factory farm. The businessman had nothing but contempt for complying with legislation designed to prevent environmental degradation resulting from the farm’s waste. That contempt and cockiness cost him a substantial amount of money.

With litigation like this, Thornton developed a reputation for cleverly using the law as a stick when necessary, but more readily as a tool for tackling injustice and as an antidote to despair. ‘Irresponsible businesses and governments need to be faced by two realities,’ Thornton writes: ‘that people object to them so strongly that they stop buying their projects or voting for them; that the law makes life so difficult for them that they have to change their behaviour.’ The pig farmer experienced the latter.

‘ClientEarth’ is two things. It’s the name of the environmental law organisation Thornton founded and still runs. It’s also the name of the book he and his partner of 25 years, writer and academic Martin Goodman, have penned to document the tale of the ground-breaking legal organisation that leverages legal mechanisms to change or enforce environmental law. (As Paul Steinberg says in the book: ‘If you want to change the world, change the rules. A rule is just an idea with an anchor attached to it.’)

As the primary storyteller in this book, Goodman explores the tale from a biographer’s perspective. Thornton’s thoughts intersperse Goodman’s chapters. Although less sophisticated in storytelling capacity, Thornton’s chapters give voice to his thinking around particular issues or key moments.

ClientEarth is an important book for a variety of reasons, not least because with climate change accelerating and few world leaders even attempting to apply the handbrake through good environmental policy and outcomes (I’m looking at you, Malcolm Turnbull and Donald Trump), people are looking for information about what non-politician-led mechanisms might be available. (Illustrating the hopelessness and incredulity people currently feel, ClientEarth points to the Tom Toro cartoon with a family sitting around a campfire. ‘Yes,’ the father says, ‘the planet got destroyed. But for a beautiful moment in time we created a lot of value for shareholders.’)

Environmental law is fewer than 50 years old, so its parameters and power are still being determined. Regardless, it is, according to Thornton, the answer to the what-can-we-possibly-do question with which people are grappling. But Thornton alone cannot create or enforce all the environmental laws we need, which is why a book outlining and analysing how he’s achieved what he has, what hasn’t worked, and what environmental law’s potential might be, is crucial.

One issue that’s plagued action is, he notes, that the environmental lawyers who tend to help NGOs—and I realise I’m making sweeping generalisations here—are young, activist lawyers with lots of enthusiasm but, due to their relative inexperience, little heft.

Another observation is that there’s room for a range of activist approaches, and ClientEarth’s approach is designed to complement rather than compete with approaches like that of Greenpeace. The thinking is, as it’s put more memorably, that: ‘Each superhero has their superhero skill, but you need a bunch of them.’

ClientEarth is well told—an experienced writer at the tiller draws out the key stories and keeps it the right side of being dry textbook-y. That said, it’s a book that’s more gripping in some chapters than others, and its niche audience is undoubtedly one that has an interest in the law and its levers.

Which I do. In the interest of full disclosure, I’ve headed back to uni to study Law with the express purpose of incorporating environmental law into my existing career. But I’ve since recommended ClientEarth to—read: thrust the book at—various friends and family who haven’t got legal backgrounds, all of whom have been able to take away plenty of invaluable information from it.

ClientEarth is comprehensively researched, with chapter-by-chapter endnotes for further reading or fact checking if you have the energy for it. And even if you don’t, ClientEarth’s chapter content alone imparts a hope-imbued sense of what’s possible if we can strategically shift society’s legal levers in the environment’s favour.

*Yes, it is one word. Yes, it’s troubling me and I am itching to uncouple the two words logically.