Meet Judith Ridge, editor of The Book that Made Me (Walker Books)

Where are you based and what is your current professional role?

After living most of my adult as an “inner westie”, I moved to the north-west of Sydney 6 years ago. I currently work at Liverpool City Library, in Sydney’s south-west, where my title is Coordinator, Outreach Programs. People have mistaken me for a librarian for much of my working life; I actually started out as an English teacher, and have worked in publishing and arts projects for the past 20-something years. Working in a public library is a wonderful opportunity and one I am enjoying very much.

How did you select which authors to invite to contribute to The Book that Made Me? I started out with a wish list, which was part of my pitch. That original list included writers whose work I knew and admired, and who I believed would have some really interesting and potentially unexpected ways of approaching the topic. I was also looking for a variety of contributors; not every person on the list was necessarily what we might think of as a writer of YA, but were writers who teens would likely have come across in other media, and whose work I thought was well worth bringing to their attention. My publisher also wanted to make sure Walker authors were well-represented, including authors from their New Zealand and UK lists.

I was also keen to include writers across genres, form (I would have loved to have had more visual artists involved) and from a range of cultural backgrounds. It was especially important to me to have Aboriginal contributors, and not just because the royalties from the book go to the Indigenous Literacy Foundation, but because there is no Australian story without indigenous voices. 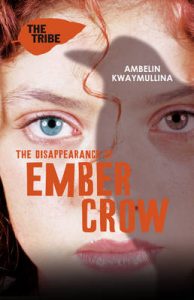 How was this title selected?

The Book That Made Me was only meant to be a working title until we all decided there wasn’t a better one that described what the book was. I can’t imagine it being called anything else now.

What brief/guidelines did you give the contributors?

I’ve actually quoted part of the brief in my introduction to the book: It may have been the book that made you fall in love. Made you understand something for the first time. Made you think. Made you laugh. Made you angry. Made you feel safe. Made you feel challenged in ways you never knew you could be; emotionally, intellectually, politically. Made you you.

How did you get a response from Mal Peet, who died last year? (has the book been awhile in the planning?) I think I first pitched The Book That Made Me in 2012 or 2013. The publication date was pushed back twice. This isn’t unusual in publishing, and it especially is not unusual for a book of this nature, with multiple contributors.

I met Mal and his wife Elspeth Graham several times when they travelled to Australia for writers’ festivals, and he was on that original wishlist of contributors. Mal was one of the smartest, funniest and most generous men I ever met, and I am honoured to have his witty and slightly angry piece in the book.

Was much editing involved throughout? If so, what type of edits?

Both a lot and not much! None of the contributions needed much in the way of a structural edit; most of the back and forth with the writers was to fact-check and clarify ideas, and also to ensure copyright clearance for works cited (when direct quotes were made). I came up with titles for most of the essays, which the contributors obviously had to approve, so there was also a bit of back and forth there. Copy-editing was done externally—fresh eyes!—and the final page proofs were checked by me, my fabulous in-house editor at Walker, Mary Verney and the contributors (and yet a few pesky typos slipped through nevertheless!).

How did you deal with authors who wanted to include more than one book?

With pleasure! There was never any expectation that the contributors would necessarily stick to one book, or even, as it turned out, to a book at all. I love that magazines, comic books and plays (for example) are honoured. I’m also thrilled that Ambelin Kwaymullina wrote so brilliantly about Aboriginal story and the oral tradition, which is, after all, where all stories started.

Was there anyone you wanted and couldn’t get – and could maybe include in another book? Or an author you want for the future? Yes and yes—of course! In the natural way of these things, some entirely amazing people ended up dropping out of the project, or couldn’t do it in the first place (kindly expressing regret). If there were to be a second book, well, there are some really exciting new YA writers that have emerged in the last few years who would definitely be getting an invitation.

How did you organise the blend of Australian and OS material?

That was partly done in consultation with Walker Books Australia (see previous answer), although some of the OS writers were on my original list.

How did you sequence the chapters?

All credit for that goes to Mary Verney. This final bit of the puzzle needed to be solved shortly after I started my new job at Liverpool City Library, so I handed that over to Mary, who I think did a masterful job in balancing tone, content and form. As an editor myself, I am delighted that the book was in the hands of such a skilful fellow editor.

Were you surprised by any of the responses? Only in an “Oh my, how delightful/ thrilling/ fascinating/ wonderful/ moving” way. I think, as an editor, that you don’t really invite/commission people who won’t surprise you in some way or another; at least, that’s how I like to work. And a book of this nature can only work if you allow people their head, so to speak—the freedom to explore and surprise. Otherwise, if you’re too rigid in your expectations and requirements, you end up with something homogenous and, dare I say, probably a bit worthy and dull.

I’d say I was surprised by the generosity of the contributors, but I’ve worked in kids’/YA lit for a quarter of a century and this generosity of spirit and the work from writers for young people doesn’t actually surprise me in the slightest.

What have you learned? If you like the book, please seek out the works by the contributors, and buy or borrow their books, and if you’re interested in my writing about children’s and YA literature, there’s more at misrule.com.au/wordpress

And please support the work of the Indigenous Literacy Foundation: http://www.indigenousliteracyfoundation.org.au/