One of my abiding memories of university is one of my first-year lecturers—you know, the ones who are supposed to gee you up and say, ‘Of course attempting to forge a career as a writer is a good idea. You’ll be able to work in your pyjamas from home and publishers will beg to publish your work. You should, like, totally go for it!’—opining that we should forget about trying to write The Great Australian Novel. No one, he said, will ever buy or read your book except your mum

It was an embittered an ominous warning from a lecturer whose work hadn’t been commercially or—worse—critically successful, and who was unhappy that he was living the ‘those who can’t do teach’ adage. I’ve long wondered whether he was the kind of lecturer they should have let loose on bright-eyed, bushy-tailed, hopeful, first-year creative writing students, or if he was precisely the sobering lecturer we needed to make us realise up front just how much hard work in involved and how poorly paid a career in writing is.

He was the guy who could get any of us with hopes or aspirations to, like, dream about a vegetarian vampire who falls in love with a clumsy-but-adorable mortal girl, pen a quadrilogy in swift succession, have publishers falling over themselves to offer us a book deal with more zeroes on the end than our eyes can count without boggling, and then bask in the glory and bucket loads of cash that subsequently come pouring in, to lower our expectations stat.

Particularly grating to him was that, while his literary works remained either unpublished or published and ignored, an apparent non-writer, or at least non-literary writer, was making a motza. The author was Bradley Trevor Greive. The offending published work The Blue Day Book which, in days prior to the sales charts being barnstormed by the likes of the various Twilight and Harry Potter series, was one of the longest- and largest-selling books in Australia (and dear God, he’s made an entire career out of its offshoots).

Pictures of frogs combined with naff quotes aren’t everyone’s cup of tea (and I’m not for a moment professing that I could or think anyone should create such a book), but the underlying issues and messages tap into something we can all relate to: sometimes we have down days and need something quick, light, and off the wall to cheer us up.

Having discovered a much, much cleverer counterpart to The Blue Day Book, Oonagh O’Hagan’s I Lick My Cheese and Other Notes from the Frontline of Flatsharing, I realise that while my lecturer’s warning that the path to success wasn’t through literary fiction was true, what he didn’t recognise was that it’s also not necessarily a bad thing. The acronym KISS, or Keep It Simple Stupid, reminds us that the straightforward answers that are often right in front of us are precisely the ones we do but shouldn’t overlook.

O’Hagan is a designer, not a writer (something that he would have grumped about), but she’s taken and executed a brilliantly simple idea: to collect and publish a variety of notes written between flatmates—some are funny, some are loving, some are random, some are a little freaky. What links them together is that while those notes might not have emerged from our sharehouse arrangements, they’re extremely recognisable to us who’ve had the pleasure or displeasure of such living circumstances. We’ve written or received similar notes, or we’re simply entertained by see how others wage unspoken, passive-aggressive war through notes, while not actually acknowledging it in their otherwise amicable living set up.

It’s a quirky, less grungy take on the universal sharehousing experiences than the one John Birmingham penned a decade or two back in He Died With A Felafel In His Hand, but the sentiment and the truth-is-stranger-than-fiction elements are the same. Where Birmingham’s characters have houses so dirty the completely covered floor conceals—for some length of time—a dead rat, O’Hagan’s characters trade notes about a lack of hygiene or respect.

Some of my faves include:

The ones that imply that they’re sharing more than roof space: 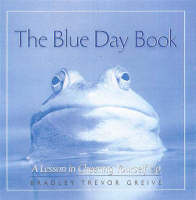 I lick my cheese: four, simple words, yet such powerful and puzzling connotations. It came, for those of you wondering, from someone trying to stop others from eating and not replacing her food. And, while the book might grate on my long-suffering lecturer’s notion of what should sell well, I absolutely love it. O’Hagan now also has a collection of love notes called I Love You With Custard On Top out, and has other, equally quirky, eye-catching, wry-smile-inducing, and most likely commercially successful books in the pipeline.