They may think they’re too old for Christmas but thrust one of these great reads into their Christmas stockings this year and your tweens and teens will love your forever, or at least have something incredible to tie them over until the turkey is ready. Here are some recent must-read middle grade and young adult fiction titles that make ideal gifts this season. There are literally dozens more, some featured already as full reviews this year. Check them out, here. Alternatively, visit the Boomerang Books Christmas gift books list for more literary inspiration. His Name Was Walter by Emily Rodda

Historic, mysterious and crawling with supernatural scare. This is a consuming story within a story of love, embezzled fortunes and trust and old mysteries. Rodda enchants with her ability to knit the past with the present and overlay it all with a good old fashioned fairy-tale that lances kids’ hearts with imagination. Highly recommended late night reading for tweens and lovers of twisted fairy tales. 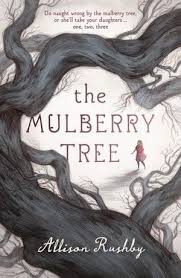 The Mulberry Tree by Allison Rushby

Rushby’s words have an enigmatic way of drawing you in, simultaneously caressing your emotions whilst firing them up. This oddly captivating tale sparkles with elements of surrealism, history and esoteric magic. The large, lumbering, erstwhile sinister mulberry tree in Immy’s new backyard possesses powerful anthropomorphic attributes and apparently has the villagers all but under its malevolent power; however, it’s Immy’s brazen and bold personality that really draws you in. Her empathy and daring steal the show and ultimately solve the mystery of the disappearing girls from her village. Although perhaps not the tightest of plots it is nevertheless clever and unique, promoting understanding and tolerance; and will no doubt be a real tween-pleaser.

Allison’s other MG titles can be found, here. The Turnkey is a personal stand out. Read our Boomerang review of it, here. 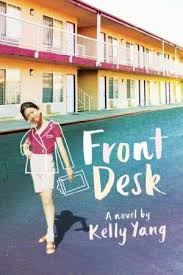 It’s hard to know whom to recommend this book for. The protagonist, Mia Tang, is a can-do, ten year-old, the only daughter of her immigrant Chinese parents. The perfect heroine for 8 – 13 year-olds to fall in love with. Yet Front Desk embraces a gamut of grown-up social issues that Mia not only welcomes but also manages with aplomb and ingenuity which, would be appreciated by much older readers, as well.

When Mia was eight, she and her parents left their high-end occupations for America, keen to avoid what they thought would be the continued Communistic downfall of China. They were wrong. Post 90s China modernized and boomed, whilst those who ‘escaped’ to the United States suffered severe discrimination, economic abuse and social derailment.

Mia’s parents were among this demographic yet did their utmost to rise above misfortune and remain stoic in the face of poverty. Mia’s story reflects the real life experiences of author, Kelly Yang.

Front Desk is a captivating expose of Mia’s life as she enters a new school for the umpteenth time and joins her parents in running a Californian motel close to Disneyland. They spend their days scrubbing rooms whilst Mia, when she is not as school, ably operates the front desk.

I spent three and a half years studying hotel management and yet could never have stepped behind the front desk of my first hotel with such confidence or pluck as the sassy Mia Tang.

This is an astounding and entertaining read sometimes defying belief because it is so heartbreakingly true. It not only spotlights the woeful way humans treat other humans but also declares in the loudest most inspirited way (like only a ten-year-old can) that ‘despite all (the) suffering and heartache, you (can) still wake up every morning and look out at the world with fresh, curious eyes’.

This is precisely what Mia does. Thanks to her unrelenting true grit approach to everything she does, from checking in total strangers to solving crimes, Mia’s tenacity and child-fuelled alacrity not only saves the Calivista Motel but all who dwell within its walls.

Mia’s imbued sense of positivity and refusal to accept the blatant discrimination that peppers her world balloons the heart and floats hope.

Her story reads rather long as a middle grade novel although many younger teens will get a kick out of Front Desk, but this beautiful, feel-good read is equally appealing for young adult readers and above thanks to the rainbow cast of characters – adults and kids – that flesh out Mia’s world. 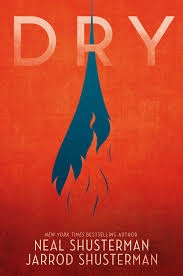 Dry by Neal and Jarrod Shusterman

Cait Drews featured this gripping YA a few months ago but it warrants a repeat mention. Read this this summer and you’ll be racing to turn off the sprinklers and suck on the ice cubes, very very slowly. Read Cait’s full review, here. My take on Dry is below.

The twist of a tap to produce water is an action nearly all of us understand. It’s as elemental and as automatic as breathing; we give no thought to the dozens of times we reach for a tap any given day or suck in a lungful of air. Which is why it comes as a bit of a shock when we can’t anymore, like breathing. Dry takes that shock and mixes it violently with disbelief and hopelessness until reality fractures into something ugly and frightening.

Southern California is in the grip of drought. The inevitable happens – the taps run dry, or rather the water supply to hundreds of thousands of residents is turned off in a last ditch attempt to conserve a non-existent resource. What follows is the rapid and categorical disintegration of society.

Told in alternating viewpoints from a group of young people aged from 10 to 19 years, for me Dry began more of a slow uncertain trickle just as the last drop of water disappeared from Alyssa’s neighbourhood. However, unlike their water supply, the pace soon gained the momentum of a tsunami and swept me along in a tide of desperation, suspense, dread, horror, and heroism.

This story is even more disturbing because drought is a phenomena that we are already familiar with (here in Australia) and, for many, enduring. This more-real-than-real-life premise is deliciously chilling. Psychological fall out and societal behaviours are neatly incorporated into the storyline through a cast of complex, wily, and resourceful characters. Each displays a gamut of emotions and abilities that both equips and disarms them with the ability to survive this apocalyptic situation.

It’s a ticking time bomb of cosmic proportions because after a finite amount of time, thirst will kill. Tense and electric to the very end, Dry will raise your heartbeat in a way that only dying of thirst can. I recommend you satisfy that thirst soon. This Thing of Darkness by Matt Davies

Fashion conscious Riley was at the apex of her final senior school years until the tragic death of her younger sister in a house fire levelled her emotionally and socially. As she struggles to tread the ocean of guilt and despair, she finds herself sinking deeper and deeper into, Riley prepares to ride out the remainder of her matriculating year, counting down the days until she can escape from her small town community and the suffocating dread of a reality without her baby sister.

She feels as though she is clothed in the skin of a leper and that her parents hate her or worse don’t even care about their remaining daughter. Her closest friends remain stalwart and watchful about her yet she still finds it impossible to confess her darkest secrets to them. Only one other person seems to ‘get her’. A stranger. The new kid in school, Dean. But, is Dean the saviour Riley perceives him to be or evil reincarnate?

Davies’ debut novel is punchy and compelling full of edgy teenage tension, humour and emotion lay bare; a kind of YA version of the stunning middle grade novels by Nova Weetman, The Secrets We Keep and The Secrets We Share.

Riley is prickly and horrible at times but her raw self-honesty and ingrained good still manages to flicker now and then despite the grime of despair the fire has left behind. Dean brings out the best in her but like a wave dumping at her feet, is destined to leave. Her girlfriends provide convincing emotional support and comic relief to a plot filled with Shakespearean inspired tragedy, the kind where things can really only get worse.

Yet the pervading themes of acceptance, understanding and forgiveness roll into a gratifying ending, one that had me sobbing and left me smiling. The cleverly narrated, This Thing of Darkness reveals much about the human psyche without overstating anything thus possessing great appeal for emotion-driven teens.