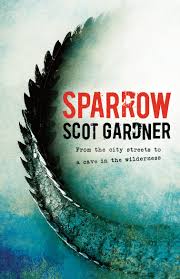 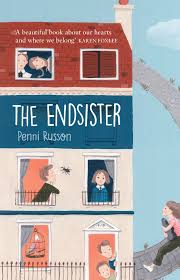 Instead of flourishing in their new home, the Outhwaite family each experience subtle emotional shifts and physical corruption after moving into their recently inherited London property. None can explain this general malaise, each battling the change in their own various ways. Only four-year-old Sibbi seems to have any indication of what is going on in the Outhwaite House and why, however she struggles to make the adults understand about her encounters with the Endsister. Russon’s narrative is legitimately addictive. This genuinely spellbinding read unites past and present, cynics and eidolists (people who believe in ghosts). It’s a beautiful introspective look at family bonds and dynamics, exploring the feelings and reactions of family members of varying ages and emotional needs and wants. It’s a tender glimpse at holding on, letting go and essentially taking a leap of faith far enough to believe in yourself.

It is a magical encounter of realisations and ultimately, an acknowledgement of the ancestral tapestries that form our life stories. Whether you believe in ghosts or not, this story is so cleverly executed it invites speculation and belief in equal measure and suggests that such phenomena, like the ubiquitous notion of love, is all around us. How each of us percept and interpret it is merely a matter of circumstance; age; psychological makeup and willingness to accept.

The Endsister earns top marks and much respect. Leave it conspicuously on your tween’s bookshelf for them to experience, soon.

Riveting from start to finish, Sparrow is a weighty tale of homelessness, torn and troubled families, emotional and physical survival and, ultimately, salvation. Gardner’s ability to reel you into situations you would normally back away from – violence, emotional torture, croc-infested rivers to name a few – and then hook you into investing in them is astonishing.

Ranen Bell, aka Sparrow, is homeless and unloved. He has just escaped the bonds of a juvenile detention centre, inadvertently jumping from one dismal frying pan into its searing fire, or rather the croc-infested waters off the rugged Kimberley Coast of the Northern Territory. Despite his heroic effort to swim ashore, we immediately wonder about this boy’s circumstances: why is he where he is? What sort of no hoper is he? What did he do to land himself in detention? Why should we care if he’s chomped in two? Gardner supports these initial preconceived, stereotypical misconceptions with convincing cutting prose, whilst shrewdly painting a more complex picture of this young man who calls himself, Sparrow.

Sparrow is broken in many ways, contaminated by misfortune and a violent upbringing yet his core is genuine and pure-hearted and as encompassing as the torrid Top End in which he endeavours to survive. After he makes it ashore, we are gradually exposed to his credible ingenuity, robust tenacity and his profound sense of survival. Sparrow is resourceful and determined, resilient and patient. He manages to overcome fear and thirst and is desperate to escape this second sort of prison yet hesitant to exchange its pseudo freedom for the confines he has just left.  How he endures the perils and pests of the Top End defies belief, forcing you to examine your own abilities and fortitude.

Each moment of his survival sparks a four-year-old memory from his time on the streets, slowly revealing  his true emotional fabric and one of his most alluring traits; his propensity for kindness. Sparrow is essentially a good kid. A clever kid. A caring kid. He’s the type of kid whose smile fills you with contentment, the sort of kid you’d love to see make it and flourish. The kind you’d want to take home, like a puppy. But he is so much more and he doesn’t want anyone’s sympathy, just their love and respect. Yet to hope for these things is a more frightening a prospect than facing a river-full of crocs and snakes.

Sparrow is harrowing and heart-warming. It grips your guts and melts your resolve. It portrays a slice of society we might normally just stroll by and ignore because life is messy enough, however in doing so, reminds us all that true grit doesn’t just washed away with the outgoing tide. It is something that is ingrained and everlasting providing you are courageous enough to embrace it.

A must read for 11-year-olds and above.