In my SE QLD literary backyard, there’s a charismatic dragon with a moxie rapidly earning him the reputation of a force to be reckoned with. He bides within a new young publishing house called Dragon Tales Publishing. Here are two of his latest issues; Oliver’s Grumbles and My brother Tom.

Each of these picture books are a little bit special, possessing a sensual hard cover feel that encourages you to hang on to them long after the last page is read. They deal with potentially difficult subjects to dress up in picture book format however manage it with tact and quiet sureness, ever mindful of their young audiences. What sings most vociferously about these two titles however is not the gravity of the subject matter rather the passion of the creators to share their experiences with readers. I applaud the bearing of souls and empathy displayed within and tip my (Christmas) hat to the dragon. He should be proud. We’ve all had an attack of the grumbles. Mine, like those of a young child sometimes come from nowhere, out of the blue, without warning and are very (very) difficult to eradicate, as Oliver finds out. After a ‘particularly grizzly and growly day’, Oliver is plagued by Grumbles. They cause inexcusable mayhem and muck-ups but steadfastly refuse to go away. Oliver is neither able to entreat nor eradicate them. They even have the gall to snuffle his snuggle blanket!

It takes a while, but Oliver eventually recognises that sometimes the best way to deal with a negative (and rather unruly) situation is with head-on positivity. A resounding message to parents out there everywhere! With a kiss and prrr prrr (Grumble nice speak), Oliver and his Grumbles slip smiling into sweet slumber. Oliver’s Grumbles is a delightfully close up and personal look at dealing with emotions such as anger and frustration. And, a reminder to us all that, sometimes to change everything, you simply need to change your attitude. Mes uses narrative flecked with engaging alliteration and powerful verbs to reflective Oliver’s changing moods and growing frustrations. with. I adore their bright orange angst reminiscent of Oliver’s hair, which alters bewitchingly to a softer shade of sky as they mellow from grrr to prrr.

The many subtleties of both text and drawings make this a winner for me. Recommended for grumbles under 10 or anyone having one of ‘those’ days. 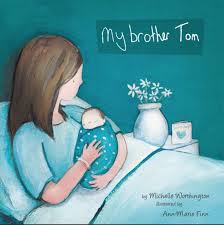 My brother Tom by Michelle Worthington and Ann-Marie Finn, is a heartfelt story ‘for older siblings of premature babies to help them make sense of what’s happening’, especially when they are confined to hospital.

It is also (for me) touching, tear-up material but beautifully absent of sentimentality, making it a fabulous go-to book to help littlies and biggies understand and cope with one of life’s more dramatic and stressful occurrences. 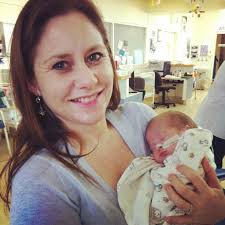 Worthington writes with honesty and quiet understanding having experienced the turmoil and anxieties of early births herself. Her narrative is direct and candid yet incredibly sincere and always kid friendly. While it may incline to tug at an adult’s heartstrings, My brother Tom establishes strong emotional connections for younger readers right from the start.

Tom’s brother observes not only his brother’s fight for life but also his parents’ emotional conflict as they worry and wait. His presence appears passive and helpless; a role many siblings must feel they are forced to adopt in situations like these. What his parents cannot know or see however, are the singing angels outside the window who give Tom’s brother the courage to believe things will get better and who follow little Tom, everywhere. 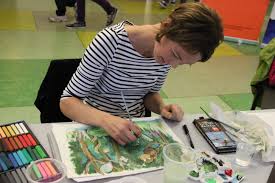 Illustrated by Finn with extreme sensitivity and subtle colour change, this picture book affects a stirring sense of hope that radiates love and triumph. Highly recommended. Royalties from the sale of My brother Tom will be donated to Life’s Little Treasures Foundation.

Perhaps you know someone whose festive season will be less than tinsel-bright this year. You can bring some light into their hearts with picture books like these.