Readers familiar with my novels for children and young adults will know that I’m a “genre-masher” and an unapologetic realist — that also happens to believe in magic.

So when you open one of my books, you might find yourself keeping company with soul-jacking archangels, vengeful ghosts, scarred and motherless children possessing great tenacity, demons, Norman knights, Chinese warrior princesses or people just like the wide spectrum of humanity we are/know/see/pass every day. But you’ll also find a sprawl of genres spanning urban fantasy, paranormal, mystery, thriller, romance, literary and crime writing. Because life’s like that — it’s messy. Things bleed into other things. 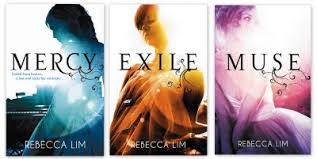 I’m a realist, because I will always make my fictional worlds look like the real world I live in — complete with people of all types, persuasions, backgrounds and socio-economic demographics. To write a world without real people — even a fantasy world — presents, as my friend and colleague Ambelin Kwaymullina has said, “a false image of what it means to be human.” Fantasy writing derives a lot of power and legitimacy, in my view, if you can get the world and its people right. And my own world is a world of colour, complexity and contrasts, filled with good people but also with the occasional monster — so that’s the world my characters invariably live in, too.

But possibility, hope and their distant cousin, magic, also make things better, or at least more bearable, in our sometimes tragic, oft-times dark and pedestrian world. And readers who know my work well will know that magic isn’t just something that happens to someone randomly — like a deus ex machina or magical machine descending from the sky to save the day — a seemingly ordinary person can embody magic and be the deus ex machina that saves themselves, and others around them. So in my latest middle grade fantasy novel, The Relic of the Blue Dragon (Children of the Dragon #1), you get all of the above.

Relic, briefly, is about an Aussie kid, Harley, finding an old Chinese vase on the footpath on his way home from school. He stuffs it under his jumper and heads for home, unleashing an abducted girl from the Warring States-era in China (roughly 475 – 221 BC) and the start of an international adventure that features magic, martial arts and Chinese dragons.

Relic is everything I’ve always tried to do, but with all my love for Chinese myth and legend and the improbably-hairstyled Chinese martial arts movies of my childhood woven in. In Qing — the girl hero in Relic — we have a supercharged version of a migrant kid (transplanted from one culture/time into a very different scenario) trying to work out how things work and how to make things right in her fractured world; and the worlds of others.

Relic is also the story I would have loved to have read growing up in this country because it tells kids that children — no matter their gender or background — can have agency and control, power and magic, and make a difference — and change the world around them — for the better.

You can buy Children of the the Dragon: The Relic of the Blue Dragon, here.