Today we delve deeper into the dynamic world of industrious children’s author, Janeen Brian. She’s releasing more books per month than I’ve had pie floaters  and I hear that one of her poems, “What did you learn at school today?” is being published in The School Magazine’s Blast Off this month. Does this lady never slow down? Let’s find out…

Q Who is Janeen Brian? Describe your writerly-self for us and the thing that sets you apart from other Aussie children’s authors.

The introspective part of me used to struggle in earlier days, because I had no pre-formed vision or identity of myself as a writer. I knew little about writing. Yet I quite liked to write. I knew little about books. Yet I liked to read. I’d never known about how to deconstruct, analyse or evaluate writing or reading and I can’t remember getting much of a grounding of it in high school, but I’m sure I must’ve. In my later years I tentatively did a TAFE correspondence writing course and dipped my toe in a weekend writing workshop.

Although I did write for adults and enjoyed it, (short stories and poems), I discovered it was really where my heart was. I felt better connected with a children’s readership. People say that when they read my work, they see pictures in their head and that pleases me, because I try to write pictorially. They say my work reads aloud well. That pleases me because I like the music of language and the sensory world of words. Reviewers often make the comment that I ‘know what children want’ and that pleases me because it’s what I strive for.

I also write a lot of poetry, enjoying the capture of a particular moment to provide a shortcut to the emotions.

Perhaps poems, picture books and short fiction is where I fit best.

Q You are an experienced writer covering many styles and formats, including TV scripts. What is your favourite style of writing, why and does it result in your best work?

I am experienced in that I’m been writing for about 30 years and of those, 23 years have been fulltime, but I never stop learning and trying to improve. I’m sure I’m not the only author who says that! But I enjoy different styles and formats because it challenges me, and I find different aspects to my writing emerging that may have remained untapped. During my writing life, I’ve tried to seize any writing opportunity and that included writing eleven scripts for Here’s Humphrey, a pre-schoolers program. While I loved the content and age group, I felt that ultimately the fast-paced nature of scriptwriting for the media wasn’t quite me. When the show drastically changed format, I wasn’t asked to write any more scripts, so perhaps the producer felt the same! I like researching and have written much non-fiction. When I write information articles or books, I try to write simply, so children grasp concepts, and also hopefully in a visual or anecdotal style, so information is more readily absorbed. I do this, because I don’t absorb facts very easily! As mentioned in the earlier question, I think I do my best work with shorter pieces, though I’m very proud to have written several novels and to have had them accepted and published.

Q At what stage in life did you realise you wanted to write? What, whom persuaded you to continue? Was it always this way or did you aspire to be something different as a kid?

Nothing struck me on the head to get writing! In Year Three at school, I decided to be a teacher and followed that course into Primary school teaching at eighteen. Later, around the time I had two young daughters, I simply dabbled in writing for my own enjoyment. I’d never been a closet writer or held dreams of one day writing. I simply began to write every now and then; mainly poems for my girls or to give away as gifts. Then, on becoming a single mum, I began to use my writing to earn extra money; penning small articles in magazines. I was also asked to write some scripts for a children’s theatre company, which was a big ask as I’d had no training or real understanding of the constructs of theatre. But I did it. I think one show was a flop but the others were okay. So, I beavered away, joined the SA Writers’ Centre, met a kind, experienced author who became my mentor and life-long friend, and who provided much needed encouragement and practical advice. Then I was lucky enough to have books/readers accepted by an educational publisher, which I think gave me good training in crafting to a brief and culling floppy, useless words.

Q How have your refined your craft? Did you study, if so where, and do you feel this has attributed significantly to your work? 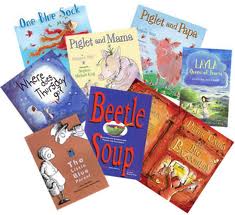 I was persistent, imposing on myself all sorts of disciplines, real or imaginary to keep the writing muscles working and the financial side viable. I attended writers’ courses, but never attended University. My only tertiary training was the two-year teacher-training course. I read books on writing, obtaining my first loads from libraries, then purchasing more and more myself, all the time reading and trying to improve my writing. At that time, there was no computers or websites, no online blogs or author chat lines. I stuck to my simple, personal credo, If it’s to be, it’s up to me. Joining and meeting with a group of South Australian, published children’s writers and illustrators, called Ekidnas, helped me and my writing immensely. It wasn’t a critique group, more a support group, providing encouragement and networking opportunities in the days prior to email (doesn’t that sound amazing?). Now we meet approximately four times a year, but have an Ekidna website of our own, which is updated weekly and highlights our members’ achievements and activities. Quite impressive! Q You are a published author of several titles. What are they? Which are you most proud of? Do you have any you would rather forget?

By May, 2013, I’ll have more than 78 books published, some educational, the rest being trade published. I also have poems in fourteen anthologies. Here’s the website for titles: wwwjaneenbrian.com. One of the easiest books I ever wrote was a picture book called Where does Thursday go?, illustrated by Stephen Michael King and published by Margaret Hamilton. The words simply fell onto the page. The book won an Honour Award in the CBCA picture book awards, and a Notable in the Early Childhood Awards in the same year. It then went on to be published in USA and UK as well as being translated into thirteen languages. I call it my heart book, because the idea was triggered by my then six-year-old daughter, Natalie, and I was able to dedicate the final book to her first son, my first grandchild, Liam. I still love the story, the language and the superb illustrations.

Want to find out what’s on the drafting table for Janeen? See what’s in store tomorrow in Part Two of our chat with one of Adelaide’s finest children’s writers.