I was one of those horsey girls as a kid. Loved them. Couldn’t accept parents’ refusal to keep one of them in our backyard. So I transformed my trusty bike – the one with the chopper-style handlebars – and the dog’s leather lead into the best little mare you could imagine. I actually steered the bike around for months using those ‘reins’; through pitted canons and deeply wooded forests (our backyard was large and varied in landscape). Imagination. It’s every kid’s greatest gift and most alluring asset. And Alison Reynolds’s and Heath McKenzie’s latest picture book, The Littlest Bushranger, celebrates it in style.

The Reynolds’ / McKenzie team, with over 150 titles between them, are fast becoming a force to be reckoned with and one of my favourite picture book artist combinations.

The Littlest Bushranger is a snap shot of Jack’s first day alone without his older sister Lil, who has just started school. His day becomes anything but ordinary as he is forced to navigate through frightening terrain and outwit the crafty Outlaw in pursuit of Lil’s prized treasure. This adrenaline-charged adventure is slightly more robust and male orientated than Reynolds’s and McKenzie’s previous book, A Year with Marmalade, however it is bounding with exhilarating movement and irrepressible charm. I especially love the tactile cover and the intelligent use of perspective and colour to accentuate the drama and action of Jack’s pursuit. His steely-eyed companions; his spirited steed and ‘gang member’ Hector, are as impressively heroic as Jack who valiantly earns his title as The Littlest Bushranger.

Ideal for 3 – 6 year olds and anyone who believed their bike was the best horse ever, like me. 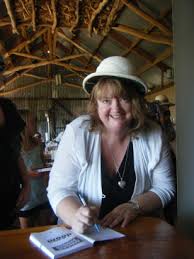 To celebrate this thrilling new release, I am joining the adventure with Alison on her Blog Tour of The Littlest Bushranger. Mount up and see what she has to say…

Q Alison, you have written dozens of books for small children and younger readers. Do you enjoy creating picture books?

I love writing picture books. The connection between words and illustrations really interests me, and how you can use both to convey ideas.

What makes them harder or easier than other genres you like to write in?

It’s harder as every word is crucial. It’s easier because picture books are shorter than some other genres.

Q What was your inspiration for this story?

I saw a bird hopping on a railing near our dog, Molly and then my imagination rambled.

Q I love the choice of Jack’s imagery persona – a fearless bushranger. Why bushranger vs. your usual sword-wielding pirate or knight?

My publisher, The Five Mile Press, suggested a bushranger book. Maybe the next books could be pirates and knights.

Q Does Jack’s situation parallel your life as a child in anyway?

I started school a year later than my friends and neighbours because my birthday was after the magic cut-off point. I can remember playing at home, until they returned. I used to spend a lot of time running around on my hobby horse.

Have you ever had to reclaim a stolen treasure and face your direst fear?

Think I was more likely to purloin the treasure myself. Once when visiting my mother’s friend I spied a very special embroidered hand towel, apparently there was a flush and no more hand towel.

Q What was the most memorable imaginary world you visited when you were Jack’s age?

My friends and I played a game called boots. This consisted of us wearing my big sisters’ much too big boots and racing around the backyard playing chasey and I think spies were involved. In our backyard my dad cut the branches of the plum tree so they supported a plank. This became at different times a stage coach, flying saucer and police car. We were very versatile!

Q What was the hardest part of bringing The Littlest Bushranger to reality?

Coming up with a story of a bushranger for that age group. I didn’t want guns but decided a sword/broom was okay.

What was the easiest?

Having Heath McKenzie as an illustrator makes everything easier. If there’s a bit of writing that won’t work, I’ve realised that I probably don’t need it and Heath will illustrate it instead!

Q What advice would you give anyone else wanting to write a picture book?

Play with words, cut, revise, cut. And do illustrations that no one need ever see, but by doing this you can check that each page can be illustrated and it can clarify what you are trying to say. Q Was the choice to involve the uber-talented Heath McKenzie again to illustrate this book yours or just an unbelievably marvellous strike of good fortune (and decision making)?

The Five Mile Press matched me with Heath again and I feel very lucky!

Q Do Heath’s illustrations represent what was originally in your head when you first conceived the idea for The Littlest Bushranger?

Heath somehow captured what was in my head, and created something even better by adding his own ideas. When it came to the outlaw/monster I wrote in the illustration brief, “Heath go wild” – and he did! I would never have come up with such a wonderful creation! 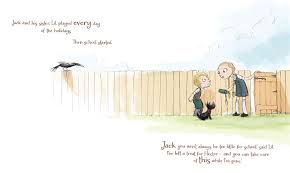 How do you think they have helped bring the story to life?

I think they work in direct partnership with the words and tease them out into something very special. I especially love Hector the dog!

Q Other than writing, what other past times do you like to indulge in – say like horse-riding?

I have a rocking horse from when I was Jack, the littlest bushranger’s, age. That’s the extent of my riding apart from my hobby horse that I loved. I’ve watched a whip cracking contest, but haven’t tried it. And I don’t really like Irish jigs and Scottish reels. So think I would be a very bad bushranger!

Thanks Alison for inviting me along on this fantastic, white-knuckle quest!

Thanks, Dimity for having me!!!

Join the gang and continue to be part of the adventure. Here are the rest of the dates for Alison’s Tour. Don’t forget the competition either. There are some wicked prizes on offer. Thanks for riding with us.

Monster Competition Watch out for prizes – so good they should be outlawed! These include a piece of Heath McKenzie’s amazing artwork from The Littlest Bushranger.

There are a couple of monsters in The Littlest Bushranger. One’s a bunyip, and the other an outlaw/monster who steals Lil’s telescope.

What sort of monster do you like? Send along a painting/drawing/model of a monster and you could win a piece of Heath McKenzie’s amazing artwork for The Littlest Bushranger.

Upload your best monster to https://www.facebook.com/alison.reynolds.524 or email it as a low res jpeg file to [email protected]  and we’ll upload it. If you don’t have a scanner, take a photo on a smart phone and email that!

Two categories. Under 12 and 12 plus including grown-ups. Entries close 25th June!

Jump the Slush Pile!
Win a free pass to an adult non-fiction commissioning editor’s desk. Just comment on this blog post or any other blog during the Littlest Bushranger book tour and add the initials NF. The more you comment, the more chances you have to win the draw.
Keep you eyes peeled for other prizes along the ride including a picture book assessment by Alison Reynolds, 2 free passes direct to an editor’s desk (you get to skip the slush pile), and copies of The Littlest Bushranger. Just comment on the posts. Simple!