I’m a firm believer in the old adage that “the truth is stranger than fiction”. In fact, I’ve living proof. Not too long ago I was swimming at Four Mile Beach in North Queensland when a garfish, not much bigger than my middle finger, jumped out of the water and speared me in the ear. I needed a three- hour operation to remove the spear! While I was in hospital, my son fell out of a tree and broke his wrist. I couldn’t make that stuff up! 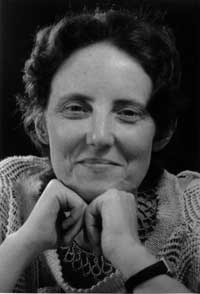 Children’s author, Sue Bursztynski clearly has an eye for bizarre true stories, too. In her book, Crime Time, she’s unearthed the antics of Australia’s weirdest criminals – from the poison toting granny to the robbers who wore name tags. There are more than a hundred crime stories in the book, all packaged up for children.

Sue joins me today to share an insight into writing non-fiction.

JF: What prompted you to delve into Australia’s most notorious characters?

SB: I was commissioned to write a companion volume to Meredith Costain’s book Fifty Famous Australians, as Fifty Infamous Australians. I said, “Okay, but that title has to go! Kids will think it’s for helping with their homework.” As it happened, I’d just done a piece on forensics for the NSW School Magazine, which covered everything from Otzi the Ice Man (a 5000 year old murder victim) to the murderer who was caught because of some white cat hairs, and I was absolutely thrilled to be able to continue the crime theme. And there’s an embarrassment of riches in Australia’s crime history.

JF: Can you share a couple of the more unusual stories that you unearthed?

SB: One I liked was the story of the con man Murray Beresford Roberts, who actually wrote a book about his crimes! Out of print, but I found a copy online. He tells of the time when he was in India and managed to con a jeweller into giving him a diamond tiara, which he broke up and swallowed. Then he took a plane to England, where he went to the toilet to expel the gems, cleaned them up and sold them.

I had been asked to write something about Tony Mokbel, who was in the news at the time. I couldn’t think of anything about him that would entertain children, but I was having a coffee one day and reading the papers, when I found a double page spread about his bizarre escape from Australia and knew I had my story. JF: How much time did you spend researching the book?

SB: I spent about three months reading and reading, choosing and drafting. I have a full time day job, but I was on long service leave when I was commissioned, so I could go to the library for books and read newspapers both print and online. The editing continued after that, of course, and I went back to research some more. I had fifty main stories and was asked to also add some “Did You Knows”. There must be around a hundred stories, long and short, in the book, and I researched them all thoroughly. I wouldn’t write a chapter unless I’d read a bare minimum of two sources, usually more, because of potential bias. That takes time – and when my leave was over I’d have to go back to work. So it was an intense three months.

JF: Did you ever find yourself so disturbed by the subject matter that you questioned the project?

SB: Sometimes I did feel queasy, though never to the extent of wanting to pack it in. My poor editor, Saralinda Turner, was a lot more stressed than I was, after I’d turned in several chapters about serial killers, and she asked if there was a lot more of this stuff coming, but she bravely kept going, bless her. I asked my friends to suggest crimes that weren’t serial killing. Kerry Greenwood suggested the story of the murderer who got his idea from a campfire discussion with the novelist Arthur Upfield. She said it was every crime writer’s nightmare. There was a murder, but it was so over the top, I couldn’t resist going off and researching it. And my friend Chris Wheat (author of the YA novel Screwloose) told me about the April Fool’s Day attempted robbery at the Cuckoo restaurant at Olinda, where a couple of klutzy robbers escaped with a bag of stale bread rolls and one of them was accidentally shot in the backside. I have that chapter up on my blog, if any of your readers want to look at it. There were other quirky crime stories in the book, so that helped keep it balance.

JF: How did you convert the information into a book suitable for children?

SB: I had to tread carefully. On the one hand, kids simply love gruesome tales. On the other hand, you do want parents and libraries to buy it – and you want the kids to say, “Oh, brilliant!” and not to get nightmares. There were things I had to leave out – but not enough to lose my readers’ interest. This isn’t a book to help with homework. It’s reading for enjoyment. I chose a lot of quirky stories, especially for my “Did You Know?” sections. In the Ned Kelly chapter I added a “Did You Know?” about a Kelly brother who lived a quiet, law-abiding life and died in about the 1940s. I wrote about the Dumb And Dumber robbers, who kept on their name tags while committing a robbery and flashed their staff passes to use transport after. The kids to whom I read this, love it. One day, at a bookshop event, I found myself surrounded by a bunch of children about five or six years old and simply couldn’t read to them from the book, so I told them, instead, about the “very naughty nana” who poisoned her family (“YOUR nana wouldn’t do that!”). That got a lot of giggles and some older siblings who were listening bought the book.

JF: Tell us about some of your other work?

SB: For many years, I wrote fiction and non-fiction for small-press science fiction magazines before I won the Mary Grant Bruce Award for children’s literature and realised that what I enjoyed most was writing for young people. I have written ten books, one of which, Potions to Pulsars: Women doing science, was a Notable Book in the Children’s Book Council Awards. Another, Starwalkers: Explorers of the Unknown, was nominated for the NSW Premier’s History Award.

When not writing, I work in a school in Melbourne’s western suburbs. I enjoy reading, music, handcraft and old science fiction movies. My current books are Crime Time and Wolfborn.

JF: What’s next for you?

SB: Mostly short fiction, possibly including a story for the next Ford Street anthology – that will require research too, because I’ve been asked for historical fiction. I have a story coming up in the Christmas Press anthology, Once Upon A Christmas, and I’m working, very slowly, on a prequel to my novel Wolfborn. There’s not much market for non-fiction in the trade publishing industry, alas, and it’s very hard to get into the education industry these days, as they tend to have stables of regular writers. So it’s fiction for now.

JF: Thank you for joining me at Boomerang Books, Sue. All the best with Crime Time.