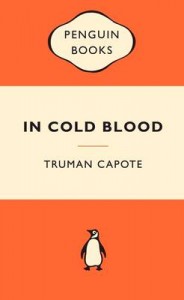 I have a love–hate relationship with best-of book lists. I find sometimes people try too hard to seem clever about what they’ve chosen and not hard enough about including honest-to-goodness good reads.

But I am simultaneously unable to abstain from perusing said lists. I feel an innate need to gauge whether or not I think they’re on the money and to measure my own reading habits against theirs.

This year’s lists seem relatively bumper. That impression is arguably skewed by the fact that my recreational reading has been necessarily curtailed due to apparently never ending study. No matter. I for one am poring over this year’s lists and making a list of my own, albeit one entitled: To Read If I Ever Manage To Get Through This Study.

Lists activate our fast thinking. That is, they light up the bits of our brains that skim and cherry pick key information. Of course, books themselves activate our slow thinking—our brains pause when considering books, their titles, their topics, their cover art, and why they have or haven’t made the cut. I’m no expert, but I’d wager the combination of the two factors is why I’m unable to go past best-of book lists, regardless of whether or not I know they’re going to infuriate me.

I’ll not deny either that I’m fairly partial to the more visual lists, something I wouldn’t have expected of text-driven me. The Guardian , for instance, has come up with an infographic of non-fiction books everyone should read. In Cold Blood looms large, centred and in large font.

I’d attribute that to the current frenzy and fever around the Serial podcast, which I swore I wasn’t ever going to write about but seemingly just have (on the off chance you missed it, Serial is a podcast trying to unravel a true crime. In Cold Blood has been one of the books worth revisiting to fill the gaping whole the final episode, which airs this week, will undoubtedly bring).

Silent Spring is pretty big in there too, and I’d highly recommend that one. It’s credited with kicking off the environmental movement, something which, given the state of the environment, I can’t help but think is making a comeback slash ‘kicking ourselves, if only we’d listened in the first place’ kind of thinking. Buzzfeed Books has compiled a list of fiction books its employees loved, picturing the covers alongside the authors’ photos, with the cover art the thing that probably most attracts and intrigues me. Book covers are contested spaces, with the tension between art and the ability to sell playing out in their designs.

I’m more a non-fiction reader than a fiction one, but I have to confess I recognised only one book on Buzzfeed’s list: A Girl Is a Half-Formed Thing. Am I the only one? I know the authors David Mitchell and Lev Grossman, but I had no idea they had new books out. Perhaps it’s a case of I’ve spent too much time in a study bunker and not enough timing salivating over forthcoming books lists.

What I will say is that pretty much all of them have magnificent titles and cover art. I wonder how much that had to do with them being expected to be bestsellers and therefore having the publishers invest resources into making them walk of the shelves?

A few lists (including The Atlantic’s), point to The Empathy Exams, a book I’d not heard of until now but which piques my interest. It also points to Goodbye to All That: Writers on Loving and Leaving New York. The book is reportedly a collection of essays based on Joan Didion’s 1967 piece ‘Goodbye to All That’, about her arrival in and eventual disillusionment with New York City. ‘Nuff said.

It also lists Americanah, which I’ve been meaning to get round to reading and yet haven’t (I’ve heard Chimamanda Ngozi Adichie speak and I figure if her writing is anywhere near as articulate and intelligent as her speaking, it’s a worthy read). And That Book About Harvard, which I’m unfamiliar with but could be persuaded to pick up.

The Guardian’s writers list includes recommendations from esteemed writers we all admire, opening up with Margaret Atwood giving the nod to This Changes Everything. With subject matter featuring the last day’s of a writer’s husband suffering from brain tumours, The Iceberg is likely to be absolutely wrenching, but such tearjerking books are also what makes us appreciate life in times when we haven’t got a lot to be happy about (I write this in the aftermath of the Sydney Siege). Quentin Blake is one I’d love to pick up, keen to know more about the illustrator who so iconically realised some of my favourite childhood tales. Meanwhile The Paying Guests is a book I’ve now heard raved about both in print and on podcasts.

Bustle give the book list a different and enticing spin, by listing 18 Pulitzer award-winning books by female authors we should be reading. These include March, a retelling of Little Women from the father’s perspective (should I admit I’ve read neither Little Women nor March and, yes, I consider it completely remiss of me).

Radio National hosts’ recommendations include Only the Animals and The Ukraine Diaries. As well as Far From The Tree, a book I’d bought but cowered in the face of its enormity (seriously, this book embodies the term ‘doorstop’ if any book did).

NPR’s Book Concierge is, without doubt, a black hole of a book recommendation list. Consider yourself if not forearmed, then at least forewarned. Comprising a visual smorgasbord of enticing book covers you can work your way through or sort courtesy of the filters lining the page’s left-hand side, this app is a kind of electronic bookshelf p%&n. I’d have written this blog sooner had I not spent innumerable hours sorting and re-sorting the list to ensure I hadn’t missed any great reading options. Humbler, but just as worth is The Guardian’s crowdsourced list of readers’ 10 best books of 2014. It includes The Goldfinch, which is reportedly both exquisite and the book most not finished on electronic reading devices (or something—that’s another blog post).

I’m a big fan of The Secret History but had been holding off reading The Goldfinch lest it turn out to be of the ilk of The Little Friend. It seems it’s not and, between that and the billion other books I’ve not got time to read just yet, I’ve got plenty of books to look forward to in just over a year’s time.