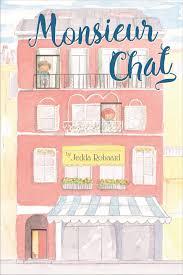 Well the animals still have it. This week we encounter more of their anthropomorphic antics between the covers of a veritable zooful of picture books.

Our Dog Benji by Pete Carter and James Henderson

Although cute and compact, this picture book features the large and lovely antics of Benji, a robust Labrador looking pooch whose insatiable appetite for anything and everything becomes a catalyst of encouragement for one fussy eater.

Our Dog Benji is an animated account of a day in the life of Benji as told by his young owner. Henderson’s duotone illustrations rate highly for their detail, style, and humour illustrating Carter’s understanding of dogs well and their avaricious ways. This handy little book subtly supports the notion of eating well and exploring more food options for fussy eaters.

This little picture book is oozing with charm and the exact sort of intimacy that young readers adore; they are privy to the outcome even if the story’s characters are not. Monsieur Chat is a cuter than cute little ginger puss living among the city roof tops of a French city.

Among the other inhabitants of the very old apartment block around which he roams, are Josephine and Pierre. They have never met despite being neighbours as is often the case in large busy environments. Like Benji, Monsieur Chat becomes the furry catalyst that eventually connects these two thus forming a new friendship and obliterating loneliness.

Gorgeously presented with sneaky flaps to unfold in pursuit of le pussycat, this is a picture book to enjoy repeatedly. Perfect for lonely hearts and those finding friendships from three upwards. There’s a Tiger in the Garden by Lizzy Stewart

Nora is bored and rather hard to amuse but Grandma refuses play party to her grouchy attitude by informing her that she’s seen a tiger in the garden. Petulant with disbelief, Nora sets off with Jeff, her toy giraffe on a tiger hunt that uncovers more than just a giant striped feline.

It’s the punchy vibrancy of Stewart’s illustrations that really appeal in this winsome tale of imagination. Told with a little tongue in cheek thanks to clever grandma, Tiger in the Garden is faintly reminiscent of having tigers over for tea and a wonderful testament to the simple wonders of childhood. 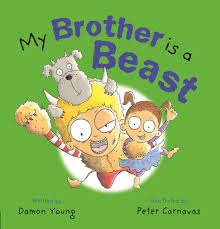 My Brother is a Beast by Damon Young and Peter Carnavas

The dynamic duo of Young and Carnavas strike again, almost completing their analogous family roundup of picture books. Whimsical rhyme, beguiling characters, and illustrations too funny to ignore make this instalment a hearty read for those icky yucky boy types but will find as many fans with their female siblings. Animal lovers will encounter not only beastly brothers but also plenty of other charismatic animal characters thanks to Carnavas’s mirthful illustrations.

This series highlights the hilarious differences between family members across the planet whilst embracing the notion of welcoming those differences. What do they do with all the Poo from all the Animals at the Zoo? By Anh Do and Laura Wood

A great question that even I, as a past zoo worker, cannot rightly answer. Thankfully, this is an issue the outrageous Anh Do is not afraid to ask. He tackles this ponderous problem with typical Do uproarious humour providing increasingly hilarious, preposterous scenarios that at some weird level are disturbingly plausible.

They even sound justifiably kooky thanks to a jaunty little sing along melody included by Simon Mellor. All the food glorious…er… poo is depicted in eye-catching shades of brown thanks to Wood’s goofy illustrations. Combined, this picture book will have kids hooting and parents grinning with delight. Great fun and a sure fire way to ignite questioning minds and imaginations.