The 2018 NSW Premier’s Literary Awards shortlists have just been announced. I’m enamoured of literary works across ages but am here featuring the books in the two youth shortlists because I’ve already read them all. And I’ve read them, not just because I chaired the judging panel of the Patricia Wrightson Prize for Children’s Literature with insightful co-judges Robin Morrow and Tohby Riddle, but because these are books worth reading. The Patchwork Bike is a stunning, ground-breaking picture book; an exuberant fusion of words, colour and texture. It has already won a CBCA Honour book award and I’ve mentioned it several times on the Boomerang Books blog. 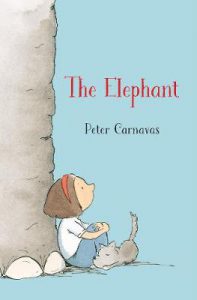 The profound theme of a child grieving for a parent is told in finely crafted words and images, with simpatico black and white line drawings. Tamsin Janu has been shortlisted twice in the Patricia Wrightson category this year. Blossom is an exciting, original novel set seemingly in the real world but with subtle sci-fi content. It brilliantly alludes to the plight of aliens and refugees.

Figgy Takes the City by 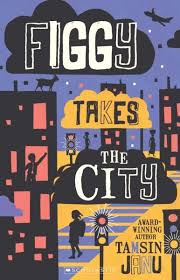 Even though very young, Tamsin Janu is an old hand at the NSW PLA. Since her first novel Figgy in the World co-won the Patricia Wrightson award a few years ago, her two subsequent Figgy books (all set in Ghana) have also been shortlisted.

Tamsin Janu will be speaking in Strathfield, Sydney, on Saturday 7th April at an IBBY event. Elegant yet mischievous, this illustrated book is the first publication by Dirt Lane Press. The Sorry Tale of Fox and Bear should become a universal classic.

How to Bee by Bren MacDibble (Allen & Unwin) A timely and thoughtful dystopia set in the near future when bees have become extinct. It is engaging for children as well as being a fine piece of writing. The issue of domestic violence makes it most suitable for older children.

Bren MacDibble is also shortlisted as Cally Black in the Ethel Turner Prize.

In the Dark Spaces by Cally Black It is fantastic to see sci-fi appear in literature awards that aren’t specifically for spec fiction. In the Dark Places will open your mind and possibly change your views.

Cally Black is shortlisted as Bren MacDibble in the Patricia Wrightson awards also.

The Blue Cat by Ursula Ursula Dubosarsky’s creation of atmosphere is always masterful and her portrayal of children warm yet enigmatic. I reviewed The Blue Cat for The Weekend Australian here.

The Ones that Disappeared by Zana Fraillon A consummate thread of magic realism, including a golem creation, runs through this novel to diffuse the horror of the important and harrowing issue of child trafficking. I reviewed it for The Weekend Australian here.

A Shadow’s Breath by Lovely writing style by Nicole Hayes unveils a story set in the past and present. I interviewed Nicole for Boomerang Books blog here. Megan Jacobson was shortlisted for the 2017 CBCA awards for her impressive debut Yellow. Now she tackles youth domestic violence as the NT ‘build-up’ season ignites.

Ballad for a Mad Girl by As always by Vikki Wakefield, this is writing that digs under your skin. The first scene is utterly unforgettable.  I reviewed it for The Weekend Australian here.

The winner of each category will be announced on Monday 30th April at the State Library of NSW. I believe tickets may still be available.